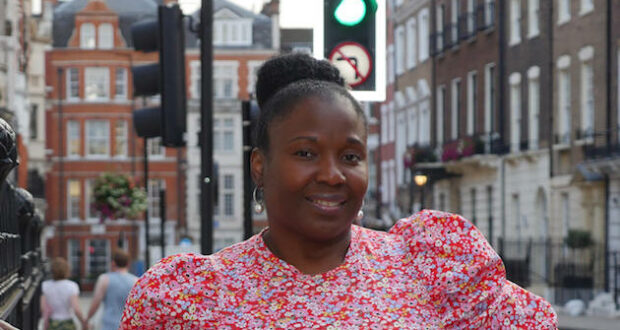 Hazel Lewis won in court and will now sue the police.

A street preacher who was wrongly accused of “hate speech” by over-zealous London police officers is now turning the tables.

Hazel Lewis, 49, has been vindicated by the court after a judge threw out the case brought by the Metropolitan police was found to be false and vindictive. She had been arrested outside Finsbury Park subway station in North London, where she had been preaching in February 2020.

Initially, three people accused her of saying homosexuals and non-believers should be stabbed, resulting in her arrest on suspicion of racist and homophobic abuse under Section 4 of the controversial Public Order Act.

When an audio recording played at the police station proved her innocence, the police quickly charged her with breaching of Section 5 of the Public Order Act, accusing her of causing harassment, alarm, and distress.

Lewis initially refused legal representation as she was so sure of her innocence, but was later supported by the Christian Legal Centre, the legal arm of Christian Concern.

She is now intending to launch legal action against the police, according to a statement by Christian Concern.

Andrea Williams chief executive of the Christian Legal Centre, said in a statement, “Since the turn of the century we have seen a concerning escalation in street preacher arrests despite strong legal precedents being set in defence of their freedoms.”

“It is chilling that one false accusation to the police can see a woman preaching on her own handcuffed, arrested, and prosecuted.”

“The police were determined to charge her no matter what the evidence, and we are relieved that the courts have seen through it.”

The Met police responded in a statement: “On 12 February 2020, Ms. Lewis was charged with using threatening, abusive, or insulting words or behaviour likely to cause harassment, alarm, and distress to another person. This charge did not relate to homophobic or racist language.

“She was charged after a Penalty Notice for Disorder was refused.”

The Met said that they had not yet received any legal claim against them.

The judge, Julia Newton, said her judgement was that there was “no case to answer” against charges of causing harassment, alarm, and distress.

“The defendant is alleged to have said, ‘you are an advocate of Satan and I rebuke you in Jesus’ name.’ I don’t find those words threatening. These words were certainly disagreed with. I do not find that they were abusive either.”

Lewis said in a statement that street preachers like herself are “easy targets for the police.”

“Too many of us are unlawfully being fined, arrested, and prosecuted instead of receiving the equal protection and support all law-abiding citizens are entitled to and should be confident in expecting.”

“I am concerned [about] what would have happened to me if I did not have the audio recording.”