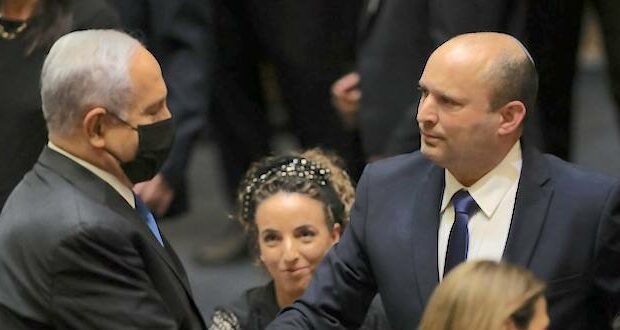 A record twelve years straight of Benjamin Netanyahu as prime minister came to an end Sunday night as Naftali Bennett was sworn in.

The new government, which at least temporarily, ends a roadblock in Israeli politics, was approved by a vote of 60 to 59 opposed, with one abstention.

In Israel, voters support their block, or party at the poll, and then the party with at least 60 votes can elect the prime minister. But that has never happened and parties are forced into a coalition to gain the 60 vote majority to elect a leader.

Members of the new cabinet included former election opponents of Netanyahu. Those include Defense Minister Benny Gantz (Blue and White) who failed to obtain a majority in 2020 and Finance Minister Avigdor Liberman (Yisrael Beiteinu). The most controversial addition to the cabinet is that of Saeed Alhoromi, leader of the Ra’am party which has ties to the Islamists.

Bennet, 49 years old, becomes the first religiously observant Jew to take the helm of the country and is the first to have been born to American parents. He is seen as to the right of Nethanyahu, a fact that has been downplayed by American and European media outlets that have regularly attacked Netanyahu in the past.

READ: Bennett to the right of Netanyahu

Bennett’s first Knesset speech as prime minister was drowned out by non-stop heckling from his opponents in Nethanyahu’s coalition of the Likud, Shas, Religious Zionism, and United Torah Judaism parties.

Bennett is 49 years old, the child of American parents, and the first Israeli prime minister to be religiously observant. During his maiden speech, he waited patiently for the heckling to subside before continuing.

He said he would be the prime minister of all Israelis, including those who didn’t vote for him, and promised to open a new chapter with Israel’s Arab citizens.

TOUR ISRAEL: Join Metro Voice on a tour of Israel this fall

Foreign policy expert Daniel Pipes writes in the Washington Times, “Only when Netanyahu departs the prime ministry can conservative and centrist parties come together and govern as a unit. Were Mr. Netanyahu gone, today’s misbegotten, even freakish, coalition of 61 members from across the political spectrum (right, center, left and Islamist) could be replaced by a sensible right-center bloc of up to 81 members, or more than two-thirds of the parliament’s 120 seats.”

But political scientist Guy Ben Porat says that including an Arab party in the government is significant.

Although Arabs have significant roles in society, including sitting not the Supreme Court and in media, many feel ostracized from much of Israeli culture because of the stain of Palestinian terrorism which rocked the country in the early 2000s.  More than 2,400 Israeli citizens were murdered by Palestinian Arab suicide bombings of school busses, cafes, and public transportation. So disturbing were the massive, almost daily attacks to the Israeli psyche, public distrust spread and continues to this today. It is not helped by Arab Palestinian social media filled with calls for martyrdom against their Israeli citizens.

Time will tell if the new coalition with Arab participation helps heal the deep wounds caused by the attacks.

The election portends as much internationally as it does domestically. With what is seen as a compliant and even weak American administration now, many wonder if there’s any will to stop Iran.

Porat said that there are celebrations in Iran, implying that Bennett and the new government will not prevent Iran from becoming a nuclear power.

Previous: 5 ways to make your home a healthier place to be
Next: Spirit of Kansas 4th of July festival back in full for 2021 in Topeka 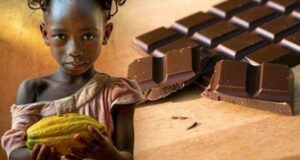