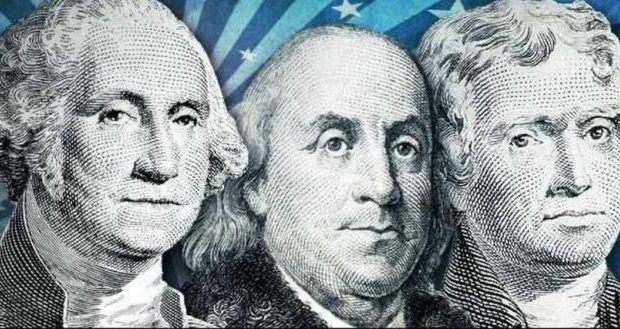 Many in academia, the media and politics believe that separating us from American history and our Christian heritage is a necessary step in a campaign to move the country towards a “workers’ paradise.” That paradise only exists only in the minds of the envious citizens who believe the world owes them a living.

This column will be a reminder to 21st Century Americans, many of whom have been uninformed or misinformed regarding early American history, that the men we recognize as America’s Founding Fathers were exceptional. They were guided by their Christian faith in establishing the capitalistic free-market foundation upon which the United States of America became the most powerful and prosperous nation the world has ever known. 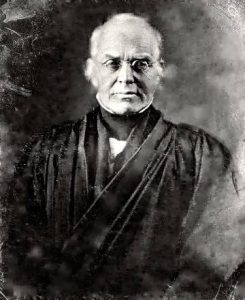 Regarding the importance of understanding our history, Supreme Court Justice Joseph Story wrote in his Commentaries on the Constitution (1833), “Let the American youth never forget, that they possess a noble inheritance, bought by the toils and sufferings and blood of their ancestors; and capacity, if wisely improved, and faithfully guarded, of transmitting to their latest posterity all the substantial blessings of life, the peaceful enjoyment of liberty, property, religion, and independence. The structure has been erected by architects of consummate skill and fidelity; its foundations are solid; its compartments are beautiful, as well as useful; its arrangements are full of wisdom and order; and its defenses are impregnable from without. It has been reared for immortality, if the work of man may justly aspire to such a title. It may nevertheless, perish in an hour by the folly, or corruption, or negligence of its only keepers, THE PEOPLE.”

To properly understand our history we need to know as much as possible about the men and women who were involved in making that history. It was faith in the God of the Judeo-Christian Bible that drove America’s earliest settlers to seek a place where they would have the freedom to live their lives and raise their children according to their deep-seated beliefs. They saw the New World as the most promising place in which to establish a new, free society.

Convincing evidence of that faith can be found in volumes of writings that have been carefully preserved in thousands of public libraries and private collections. “The Founding Fathers were students of the Bible,” pointed out John Eidsmoe in his well-researched book Christianity and the Constitution. According to Eidsmoe’s research, fifty-two of the fifty-five delegates to the Constitutional Convention of 1787 were members of various Christian denominations.

“America is often called ‘a Christian nation’ not because it was founded as such, but because its Founding Fathers were either Christians or had been influenced throughout their entire lives by the Christian consensus that surrounded them,” Tim LaHaye said in his informative book Faith of Our Founding Fathers.

“Christianity is a way of life. And that way of life had so permeated this nation by 1787 that it extended its influence to every area, including the fields of law, government, morality, marriage, and business,” LaHaye stated.

“No, fellow-citizens, we dismiss not Adams and Jefferson to the chambers of forgetfulness and death. What we admired, and prized, and venerated in them, can never die, nor, dying, be forgotten. I had almost said that they are now beginning to live—to live that life of unimpaired influence, of unclouded fame, of unmingled happiness, for which their talents and services were destined. They were of the select few, the least portion of whose life dwells in their physical existence; whose hearts have watched while their senses slept; whose souls have grown up into a higher being; whose pleasure is to be useful; whose wealth is an unblemished reputation; who respire the breath of honorable fame; who have deliberately and consciously put what is called life to hazard, that they may live in the hearts of those who come after. Such men do not, can not die.

To be cold, and motionless, and breathless, to feel not and speak not: this is not the end of existence to the men who have breathed their spirits into the institutions of their country, who have stamped their characters on the pillars of the age, who have poured their hearts’ blood into the channels of the public prosperity . . . Tell me, ye who make your pious pilgrimage to the shades of Vernon, is Washington indeed shut up in that old and narrow house? That which made these men, and men like these, cannot die. The hand that traced the charter of independence is, indeed, motionless, the eloquent lips that sustained it are hushed; but the lofty spirits that conceived, resolved, matured, maintained it, and which alone, to such men, “make if life to live,” these cannot expire:

These shall resist the empire of decay,

When time is o’er, and worlds have passed away:

Cold in the dust the perished heart may lie,

But that which warmed it once can never die.* “

All Americans should be inspired by the wisdom, character and Godly faith of the people who designed a government that has provided more freedom, more opportunities to excel, and a higher quality of life for its citizens than any other nation in recorded history. Making certain that our children and grandchildren understand their history and their Godly heritage is one of the most important gifts we can give them. As author Michael Crichton pointed out, “If you don’t know history, you don’t know anything; you’re a leaf that doesn’t know its part of a tree.

The next commentary will feature someone referred to by most of his fellow Founding Fathers as “The Mind of the Revolution.” That peson is John Adams.

­–Bob Gingrich is a Kansas City author, historian on the founding of our nation and Metro Voice Contributor.

You can support Metro Voice because we’re an Amazon Affiliate. To learn more about Mr. Gingrich’s book  on America’s heritage, see below: