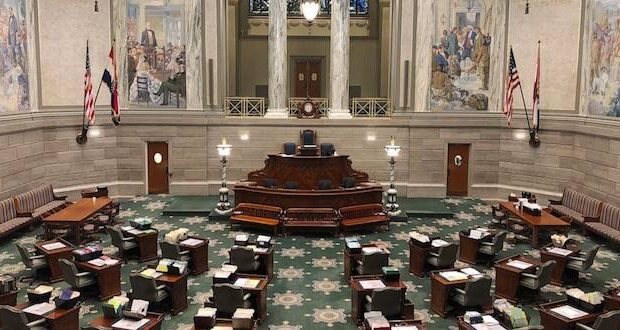 From police reform to expanded mail-in ballots, the Missouri Senate prepares for 2021 session

Like everyone else, the Missouri Senate is eager for 2021 to arrive. These are some of the pre-filed bills that will be addressed in the upcoming legislative session. The session will cover a wide range of issues and bills that have been filed by both Republican and Democrat legislators in the Republican-controlled chamber.

COVID-19. GOP Sen. Andrew Koenig pre-filed a bill meant to limit the ability of local officials to mandate and enforce countywide shutdowns. The move came as St. Louis County is under fire for its restrictions on restaurants, in particular, as the number of positive COVID-19 cases in Missouri continues to rise.

DONATE: Do you appreciate local and state news? Support Metro Voice with $1

Sen. Cindy O’Laughlin, also a Republican, filed a bill to block county health boards from promulgating rules. It would leave in place provisions already on the books for county commissions, which are made up of elected officials, to make rules.

Police reform. Sen. Brian Williams is continuing to push for police reforms in Missouri. The Democratic senator again has filed legislation to limit the use of no-knock warrants and the use of deadly force when making arrests. His legislation also would prohibit the use of chokeholds and require officers to complete certain de-escalation training.

Senator-elect Steven Roberts also plans to file police accountability legislation in the Senate. His bill would require law enforcement agencies to report all use of force to the attorney general’s office and be available in a public database.

Education. Sen. Lauren Arthur is championing a bill that would create a grant program to incentivize schools developing certain courses for certain competency-based education courses. The Democratic senator also pre-filed legislation to establish the Show Me Success Diploma Program to provide a path for students to graduate from high school faster.

O’Laughlin also is backing multiple pieces of legislation regarding education, including a bill she filed last year requiring public and charter schools to establish policies for reading comprehension plans for students from kindergarten to fourth grade. She also is pushing a bill that would cap superintendent pay at 3.5 times the average teacher salary in the district.

Koenig has pre-filed a Wayfair sales tax bill allowing the state to collect taxes on online sales, a practice many states have made use of over the past few years in the wake of a U.S. Supreme Court decision.

Previous: Inspiration led to Ears to Hear Collection
Next: 5 Ways to ensure medication safety during COVID-19