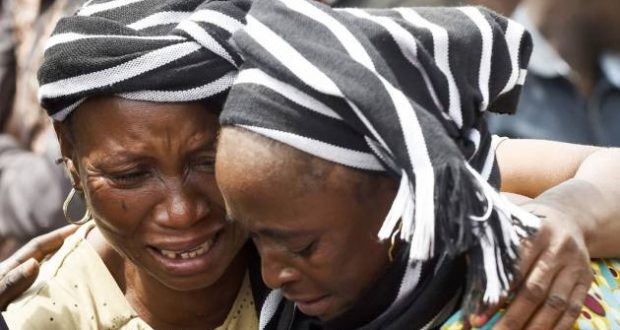 Christian church leaders continue to be targeted in Nigeria with reports of more kidnappings and murder by Fulani terrorists.

The latest is a priest who narrowly escaped a murder attempt two weeks ago right after a terrorist group killed another nearby clergy member.

Fulani herdsmen — a radicalized Islamic terrorist group — killed Rev. Paul Offu in Awgu on Aug. 1, according to Morning Star News. Offu was returning to his church site after visiting other congregations he was helping to oversee.

“The Rev. Fr. Paul Offu was shot dead by some Fulani herdsmen who took him into the bush around 2 p.m.,” said Ben Achi, director of communications for the diocese. “He was accosted by the herdsmen and was shot dead.”

“I was driving when, suddenly, the herdsmen, who were armed, shot at my vehicle, aiming at the windshield,” Ani told Morning Star News. “I immediately, on noticing them, stopped the car and drove in reverse. The bullets from them broke my windshield and riddled the car all over. I miraculously escaped unhurt. They retreated into the bushes after realizing I escaped from them.”

Ani said Fulani herdsmen have been attacking Christians in the country “for some time now,” and he’s right.

The Jubilee Campaign, an international human rights non-governmental organization, has submitted research to the International Criminal Court claiming the rate of Fulani killings of Christians has reached the threshold to be considered genocide. Christian communities have also seen their pastors and priests targeted and they are being killed at an alarming rate, leaving many communities without spiritual leaders.

Metro Voice recently reported on the number of Christians killed in Nigeria.

In 2018 alone, some 3,731 Christians living in the country were killed for their faith. And an astounding 10 believers are estimated to be murdered every single day as a direct result of their religious convictions.

President Donald Trump has raised the issue of Christian persecution with Nigerian President Muhammadu Buhari, who has been largely silent on the matter despite warnings from Nigeria’s former president, Olusegun Obasanjo, who told him the slayings present a serious risk of “Rwandan-style genocide.”