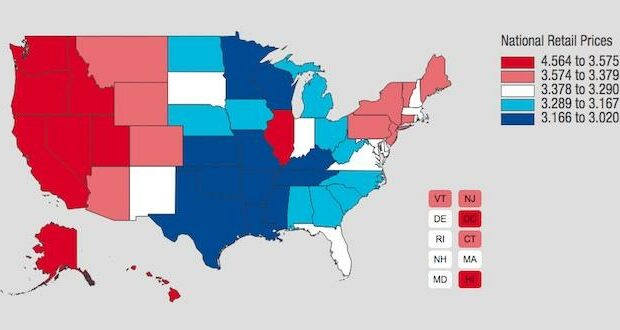 Prices range from lows of $3.09 in the nation’s heartland of Missouri and Kansas to $4.56 in California and $3.54 in New York. The western midwest and south have the lowest prices. Prices have more than doubled since the decade lows experienced during the Trump administration.

One of the first acts of the Biden administration was to stop fuel pipeline construction in the U.S. The action caused the loss of billions of dollars in investments by energy companies and the loss of 100,000 jobs.

San Francisco gasoline prices, which according to AAA on Tuesday averaged $4.73 for a gallon of regular unleaded, appear poised to hit an all-time record high.

“It will be the first city to set a new record high for #gasprices since 2012,” De Haan predicted.

San Francisco's #gasprices are just 1.2 cents from a new all-time record high. It will be the first city to set a new record high for #gasprices since 2012. It could happen yet today.

The Biden administration has faced sharp criticism over rising gasoline prices, but it has “no immediate plans” to tap into emergency reserves or limit energy exports outside the United States, the Energy Department told CNBC this week.