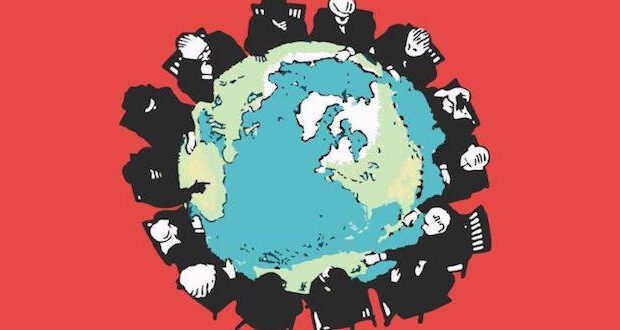 Virus-related disruption to supply chains and China’s threat to withhold medications from Americans has exposed the vulnerability of the United State’s reliance on sources in foreign countries. That’s the growing consensus among economists and President Donald Trump who said he believes that the days of the “globalist” has come to an end.

Trump made the remarks in an interview with Fox Business’s Maria Bartiromo that aired Thursday.

“It’s all going to be back together,” Trump said hopefully, replying to a question about how long international travel restrictions would remain in place to prevent further spread of the COVID-19, the novel coronavirus that emerged from China last year.

READ: Why is China terrified of Christians?

“In many ways, we’ve learned a lot. And we’re going to bring back manufacturing that we could never have done without this, as bad as this has been,” Trump said, referring to the push for re-shoring of key supply chains after the pandemic-driven surge in demand for medical supplies like personal protective equipment and ventilators was met with dramatic shortages of the mostly foreign-made gear.

“They become embedded, it’s almost like it becomes a way of life,” Trump said of the entrenched business interests of who he would later in the interview refer to as “globalists.”

“It’s about our country, it’s not about the world, we have to fix our country,” Trump said of some of the lessons the pandemic has delivered to supply chain design.

The president said while America aspires to leadership on the world stage, it must not come at the expense of domestic interests.

“Years ago, we made our product, we didn’t rely on everybody in the world,” he said, adding, “they’re globalists. They’re people that think we have to make the world wealthy at our expense.”

“Those days are over,” Trump said, adding, “and if nothing else, over the last two months, it’s been proven to be right.”

Responding to a question about evidence members of Trump’s administration claim to have seen linking the virus to a virology lab in Wuhan, the president placed responsibility for the outbreak on the Chinese regime, but stopped short of accusing them of intentionally allowing the deadly bug to spread.

“They made a decision to allow it to escape its borders?” Bartiromo asked.

“And one little piece of the world goes bad and the whole thing is messed up,” Trump said, referring to the outbreak.

VIDEO: The failure of globalism:

“We should have them all in the United States,” Trump said of key supply chains.

Asked if this was a realistic objective to bring key manufacturing to America, Trump said he believed it was. “We’re doing it because I’m changing all those policies.”

One possible measure to get companies to re-shore is through trade barriers, Trump said, and another is taxes.

“One incentive, frankly, is to charge tax for them when they make product outside,” Trump said.

Trump’s comments came before he traveled to Allentown, Pennsylvania, Thursday to highlight a U.S. medical equipment distributor that is contributing to the effort to manufacture and ship personal protective gear across the country to help with the response to COVID-19.

Trump will tour Owens and Minor Inc., which the White House says has sent millions of N95 masks, surgical gowns, and gloves to hospitals across the country.

Trump is expected to discuss efforts to use the Strategic National Stockpile for coronavirus testing, as well as efforts to “replenish and bolster the stockpile so that America is never caught off guard again,” the White House said.