Home / News / Culture Watch / How Christians can help shape the broader culture, not just their own 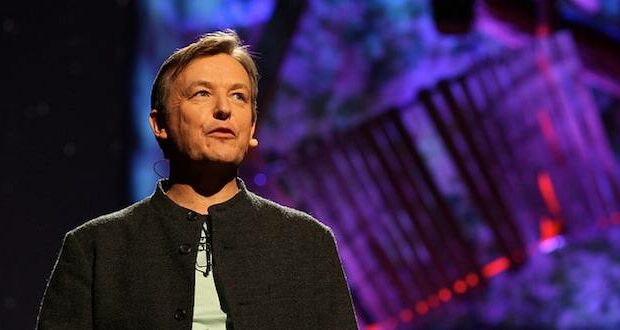 How Christians can help shape the broader culture, not just their own

Imitation may be the sincerest form of flattery, but when Christians imitate culture or some popular movements, the results are often not very flattering.

I’m evangelical, and there are many flattering things that can be said about American evangelicalism. Probably the biggest is our general cultural production — books, podcasts, conferences, music, films, new churches, you name it. Our production is flat-out prodigious. 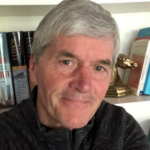 But the results are not always flattering. Since the late 19th century, American evangelicalism has invested most of its energy into creating a structure of “parallel institutions.” They parallel culture-shaping institutions but function below the level of these institutions’ radar, operating in an evangelical subculture of their own.

I’m not saying that’s always a bad thing. Sometimes parallel institutions are necessary — private schools, for example. But my sense is many times they’re not. Take TED for example.

TED was in the news this past week with Elon Musk announcing at TED 2022 Vancouver his bid to become Twitter’s largest shareholder. God only knows how this will turn out. The news we ought to give more attention to is Oscar Schwartz’s rather unflattering view of TED in The Drift: “What Was the TED Talk? | Some Thoughts on the ‘Inspiresting.’”

I urge you to invest a few minutes and read it in full.

If you’re an I-can’t-read-articles-over-two-pages-long sort of person, here’s the gist. TED’s premise is simple: Ideas change the world. There are problems in the world. Fortunately, there are solutions to each of these problems. They’ve been formulated by extremely smart, tech-adjacent people. So, for their ideas to become realities, they merely need to be articulated and spread as widely as possible in stories that actually manifest a new world.

This is Hegelian Idealism, the assumption that ideas in and of themselves change the world. They don’t, writes James Davison Hunter. They require culture-shaping institutions. Few Americans recognize this, however: “It is the failure to understand this basic fact that makes most Americans and American Christians effectively ‘Hegelians’ when it comes to culture.”

TED embodies this. It began as a single event in 1984. Growth was slow until Chris Anderson, son of evangelical missionary parents, purchased TED. He partnered with Kevin Kelly, WIRED’s born-again Christian founding editor. Together, they elevated TED to a tech-oriented movement of spreading of ideas and stories to change the world. Anderson detailed this in a 2002 TED conference. The future was about openness and connection. Ideas were there to be spread. Through this spreading, a better world would materialize. “To understand anything,” he said, “you just need to understand the little bits.”

Tech glitterati loved it. The high-water mark for TED was right around 2010, when everyone was sharing TED talks — via email, on Facebook, on personal blogs. TED, a nonprofit, was making a lot of money. Tickets to the annual conference were going for $7,500 — $15,000 for VIPs. TED set up partnerships with elite brands.

TED also set up TEDx. It was basically for TED wannabes. (I know a bit about this. I coached a speaker preparing her TEDx talk. She was smart as a whip.) Then, at a 2013 TEDx conference, media theorist Benjamin Bratton exposed TED’s religious zeal for Hegelian Idealism in “What’s Wrong with TED Talks?” He said the rhetorical style TED helped popularize is “middlebrow megachurch infotainment.” It is “taking something with value and substance and coring it out so that it can be swallowed without chewing.”

Imitation is the sincerest form of flattery, but when we imitate movements like TED, the results — like TED’s — are not very flattering. I say this not solely because I have spoken at exactly one local Q event and watched a few videos. It’s due to the sharp contrast I saw between Q and other events I’ve attended hosted by culture-shaping institutions.

Like Oxford Analytica. Years ago, a friend invited me to the OA Conference at Oxford University. I wasn’t invited because of my brilliance. My cultural production is waaaay below the level of those in attendance. I kept quiet and watched. I saw a few evangelicals there. One, a popular apologist in the U.S., sat on a panel discussing global warning. He was clearly out of his depth. Yet, back home, in evangelical circles, he’s considered brilliant.

By the way, this man is much smarter than I’ll ever be. Yet, in my small(er) evangelical circles, I’m occasionally described as an “intellectual.” Yikes. That’s rich. It tells you how low the bar has been set in evangelical circles. So how do we raise the bar? I have a few suggestions.

First, we should take to heart Steve Martin’s advice to aspiring comedians: Be so good they can’t ignore you. Christians should be so good that institutions in the wider world can’t ignore us, rendering our parallel subculture ministries unnecessary.

I’m sure people much smarter than me have more and better suggestions. But at least these two might yield results more flattering than the ones we’re presently getting.

Michael Metzger is the president and founder of the The Clapham Institute. This piece was republished with permission from the institute’s blog.