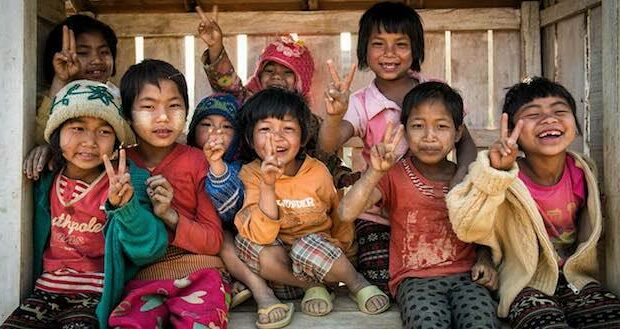 “Jesus,” the most translated film of all time, is now available in its 2,000th language. It has been translated into Zo, a language spoken by approximately 65,000 people globally, including refugee and immigrant communities in 28 U.S. cities.

Myanmar, where Zo is mainly spoken, is a primarily Buddhist country, and people report experiencing discrimination for their religious beliefs. Access to economic opportunities can be drastically limited. As a result, many of the Zo people are now scattered around the world.

Jesus Film Project marked the film’s debut in Zo by hosting screening events for local Zo refugees and immigrants in Dallas-Fort Worth, Atlanta and Fort Wayne, Ind., all of which have large Zo communities. Although a Zo translation of the Bible was completed in 2019, it hasn’t been printed in Myanmar yet, and many of the Zo are unable to read. This translation provides a way for Zo speakers to have access to the story of Jesus in their language in a format they can understand.

Watch the full Jesus Film below:

“Being able to release `Jesus’ in Zo is the payoff of years of innovation and dedication,” said Josh Newell, executive director of Jesus Film Project. “The most dignified thing that we can do is share the story of Jesus in a way that people can understand and in a way that doesn’t need any translation. We’re excited for what the future holds as we continue to translate this life-changing story.”

First released in 1979, “Jesus” gives an authentic portrayal of one of the most influential figures in human history. Since then, Jesus Film Project has partnered with thousands of translators, recording teams, voice actors and partners to make “Jesus” and other Jesus-centric videos available to everyone and everywhere in every language. “Jesus” has been seen by more than 10 million people around the world and remains the only film to be dubbed into more than 2,000 languages.

More information is available at www.jesusfilm.org.

Previous: Our recommendations on the Missouri Amendments
Next: New British Prime Minister Sunak is big supporter of Israel