Home / News / Missouri News / Our recommendations on the Missouri Amendments 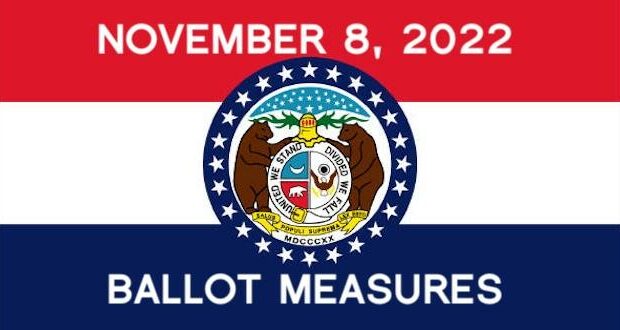 Our recommendations on the Missouri Amendments

Amendment 3, which would legalize recreational marijuana use in Missouri, has received most of the media attention. However, voters also will decide on several other amendments on Election Day. Here are the recommendations from Metro Voice.

Currently, only seven investment types are permissible for the office. Those include time deposits, U.S. Treasury and federal agency securities and repurchase agreements. Passage of the amendment would not only allow the treasurer’s office to invest in municipal bonds but also give power to the Legislature to expand where statutory changes can be made for allowable investments, without having those decisions go to voters.

Amendment 3 | VOTE NO. This amendment legalizes the use of marijuana across the state. While Missourians are divided, there are problems with how the amendment came to be and who is behind it. It is funded in part by megacorporations involved in the growing of pot. But what most do not realize is that it also creates an equity czar in Missouri. This position will oversee who gets contracts to grow pot and is virtually unaccountable to the legislature or executive branch of the state of Missouri. The equity czar has the ability to insert elements of critical race theory into official state policy.

Amendment 4 | VOTE YES. While some are recommending a “NO” vote, we are now recommending you support it. If approved, this would require Kansas City to increase funding for its police department. The amendment authorizes a law passed by the state Legislature this past session raising the minimum amount Kansas City must allocate to its police department through December 2026. The law increases spending for the police from 20 percent of general revenue to 25 percent.

Although it is a statewide vote, the result would affect only Kansas City. Proponents of the measure say it would better support the city’s police department, while opponents argue it removed Kansas City’s authority and control of its own funding decisions.

Amendment 5 | VOTE YES. It places the Missouri National Guard in its own state department. Currently, it’s under the state’s Department of Public Safety. According to the ballot language, the department “shall be required to protect the constitutional rights and civil liberties of Missourians.”

Constitutional convention | VOTE NO. It asks voters to decide whether they want the state to assemble a convention to make changes to the state’s constitution. If passed, the measure would require Gov. Mike Parson to call an election of delegates. Any changes would then be up for a vote for consideration by Missouri voters. The question of a constitutional convention is required to appear on Missouri’s ballot every 20 years. In 2002, 65 percent of Missouri residents voted against it.

If it passes, it most likely will increase meddling in Missouri politics and state ballot amendments by organization and individuals like George Soros. Radical left-wing organizations are using the amendment process to change state policy. A constitutional convention opens the door for increased leftist influence, fundamentally changing the state constitution to include policies most Missourians do not agree with.