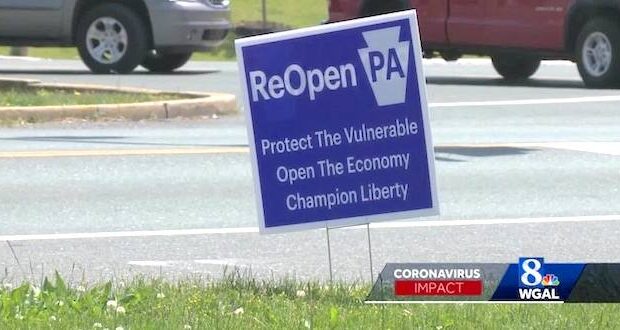 Pennsylvania’s governor has suffered another embarrassing defeat after a judge on Tuesday prevented him from reimposing limits on gatherings. The judge said limits were arbitrary and not based on science.

The Constitution “cannot accept the concept of a ‘new normal’ where the basic liberties of the people can be subordinated to open-ended emergency mitigation measures,” he wrote at the time.

Wolf sought a stay of the ruling, but Stickman said his administration didn’t present information that would warrant a stay.

READ: CDC says just 6% of deaths were just from Covid

The primary focus of the stay request was the determination that the imposition of number limits on gatherings violated the First Amendment.

Stickman noted that he didn’t say the government could not impose limitations on gatherings, but that the First Amendment doesn’t permit specific numeric caps on some gatherings while imposing a limitation based on general occupancy on others.

The judge referenced what thousands of scientists and doctors have contended, primarily that specific number caps are not baed on science.

“Defendants did not adduce any evidence that would explain and justify treating social, cultural, political, and other similar gatherings differently from the commercial gatherings covered by a percentage of occupancy-based limitation,” the judge wrote in the new 15-page ruling.

Wolf told reporters on Tuesday that he plans on appealing Stickman’s ruling to the 3rd U.S. Circuit Court of Appeals.

“Since the stay was turned down, then it sounds like, at least for the moment, I guess that court ruling stands,” he said, when asked whether gatherings of 500 are now legal.

Before the ruling earlier this month, Pennsylvania officials had said crowds of over 25 inside and 250 outside weren’t allowed.

In previous hearings, state officials could not point to any scientific evidence for the numbers they used in capping groups.