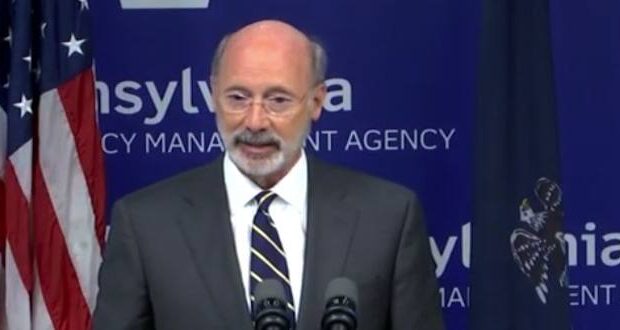 In a ruling that has far-reaching implications for the entire nation, a federal judge has ruled all state-imposed pandemic restrictions in Pennsylvania are unconstitutional.

Thrown out are Democrat Gov. Tom Wolf’s closing of “non-life-sustaining” businesses and restrictions on gatherings which were decried as being archaic, unevenly applied and ineffectual.

“We’re aware of the ruling and are reviewing the decision,” a spokesperson for the governor’s office said Monday afternoon.

The ruling by U.S. District Judge William Stickman IV was made in a case in which Butler, Greene, Fayette and Washington counties are listed as plaintiffs. The counties had filed suit, claiming the shutdown orders were unconstitutional.

Stickman wrote in his ruling that the Wolf administration’s pandemic policies have been overreaching, arbitrary and violated citizens’ constitutional rights.

SUPPORT US: Metro Voice exists on the support of readers.  Donate now to keep stories like this coming.

Stickman ruled in favor of individual and business plaintiffs, and he dismissed the county governments from the case. Individuals who won the favorable ruling include U.S. Rep. Mike Kelly, R-Pa.; state Rep. Daryl Metcalfe, R-Butler; and various businesses including hair salons and the Starlight Drive-In.

In his written opinion, Stickman noted that the Wolf administration’s actions “were undertaken with the good intention of addressing a public health emergency,” but that “even in an emergency, the authority of government is not unfettered.”

“The liberties protected by the Constitution are not fair-weather freedoms — in place when times are good but able to be cast aside in times of trouble,” Stickman wrote. “There is no question that this country has faced, and will face, emergencies of every sort. But the solution to a national crisis can never be permitted to supersede the commitment to individual liberty that stands as the foundation of the American experiment. The Constitution cannot accept the concept of a ‘new normal’ where the basic liberties of the people can be subordinated to open-ended emergency mitigation measures.

“Rather, the Constitution sets certain lines that may not be crossed, even in an emergency. Actions taken by defendants crossed those lines. It is the duty of the court to declare those actions unconstitutional.”

Wolf had been caught eating indoors at a restaurant in another state last month as his own restrictions shuttered Philadelphia restaurants. Critics pointed out the hypocrisy which came at the same time Democrat House Leader Nancy Pelosi was caught breaking California’s ban on indoor hair salons. She later blamed the hair salon owner saying she had “been setpup.”

Over the summer Wolf has imposed a new round of statewide pandemic restrictions on bars, restaurants and larger indoor gatherings while at the same time refusing to acknowledge or criticize mass protests and looting during the Black Lives Matter protests. The state has also imposed a gathering limit of more than 25 people for events held indoors and more than 250 people for those held outside, except for protests.

A recent report shows that Democrat voter registration in the state has gained just 29,000 new voters while Republican registration is up by almost 200,000. Polling shows that President Trump may take the state again for a number of reasons including growing popularity in the black and Hispanic communities and a strong showing among Democrat voters.