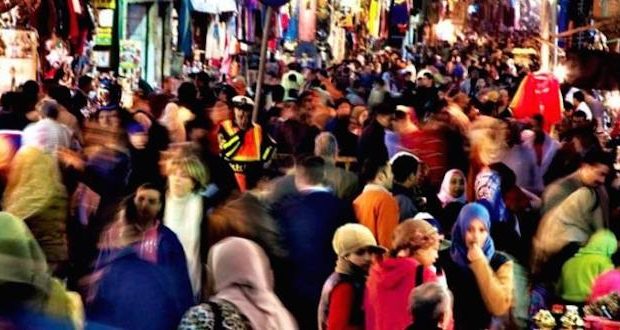 It’s an even loftier goal when following these conditions:

Carl and Beth Grey (their names have been changed to protect their identity), International Missions Board workers, like to set “God-sized” goals. It follows along with how the couple prays: be specific and let God use you for big things.

“We thought, ‘How are we going to reach this place?’ If people are going to follow Christ, they need to hear the Gospel,” Beth explained. “We don’t know how God will bring people to Him. As Christians, we are supposed to lay the groundwork. So we set a big goal of 2,020 hearing the Gospel.

“If we ask big things,” she added, “the Lord will respond.”

Years ago, the Greys moved to an area of North Africa with a population of less than 1 percent who follow Jesus. The Muslim-majority culture makes it difficult for most to respond to the Holy Spirit’s calling. They might face persecution in a variety of forms — beatings, ostracization, verbal thrashings, etc. Because of this, the Greys use a pseudonym. They want to protect their friends and the Christians in the area.

READ: Iranian man accepts Jesus after seeing this in a movie

Talking about God is not a crime where they are, so the Greys and their team find ways to share that are culturally appropriate. While different forms of media are popular in North Africa, the most effective way to move toward the Gospel is “mouth-to-ear.” Beth said this allows them to see the “light bulbs go off” as people understand the truths. Then, they add other stories until they reach what is called a “Gospel share” — the person has enough knowledge and information to make a decision to receive Christ. 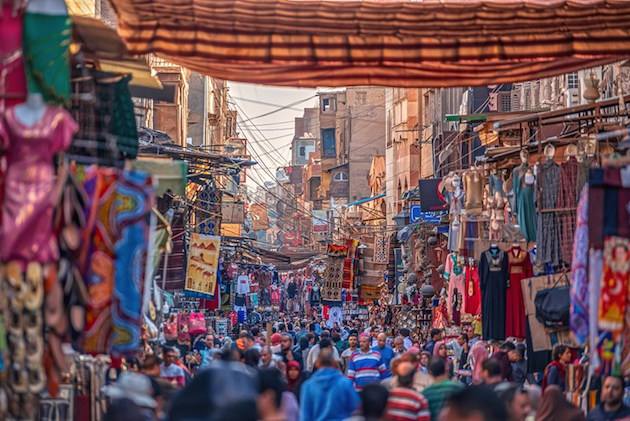 “We don’t count when you tell a Bible story as a Gospel share,” Beth said. “It only counts when someone has enough information that they could make Jesus their Savior if they wanted.”

Reaching such an ambitious goal like Gospel 2020 in a year requires some help. Short-term teams such as college students during the summer and groups from churches in the States have partnered with the Greys’ team. The short-term teams come trained and prepared to share. One team engaged people in a Gospel presentation 52 times in less than a week.

A volunteer compared the experience of sharing the Gospel in North Africa to “plowing concrete.”

“There are centuries of ingrained traditions and teachings that make it so difficult to share or even find someone who might be interested,” he said. “But, little by little, you could feel people open up.”

His team used everyday experiences to relate to local shop owners and their families and turned it into a Gospel conversation. One group took a class and spoke to the teacher about raising kids. The teacher was having problems with his son. One of the volunteer women shared her own experience and offered up a story that helped her — the story of the prodigal son.

The teacher wept, looked at his son and said, “That’s how I love you.”

The volunteer also met a shop owner who was curious about the Bible. The two read some passages together in both English and in Arabic. That was just one of 16 Arabic New Testaments the team handed out with the goal of someone from the local team following up.

“We set high expectations for the short-term teams and they meet them,” Beth said. “We could never have found all of those people on our own.”

It often takes a lot of time and exposure to the truth for a Muslim to forsake Islam in order to follow Christ. Beth explained that each “Gospel touch” gets that person one step closer to the true Jesus of the Bible. That’s the main reason for aiming to share the complete Gospel so many times by the fall of 2020.

“They may reject the Gospel today, but next time they might not because they will have had time to think about it,” Beth said. “We are laying the groundwork for a harvest.”

Beth hopes to plant good seed for a harvest, especially among women. Right now, most of the believers — both out in the open and hidden behind closed doors — are men. She spent the last 11 months establishing a special women’s outreach where women are able to share with women. One Texas church partnered with the Greys by flying in, for a week at a time, women from other parts of the world who spoke Arabic and were familiar with the culture. The special team of women shared the good news with almost 200 people.

“I lost count of how many said they would be interested in reading the Good Book and learning more,” Beth said. “We have seen at least two new sisters … and are waiting expectantly hoping to hear of another miracle.”

You can be a part of sharing the complete Gospel 2020 message with 2,020 people this year. Join in by praying for:

Previous: Dolly Parton: My life purpose is to ‘do something for God’
Next: Frankie Killmer lived a brutal life, then he was redeemed