Home / Faith / Frankie Killmer lived a brutal life, then he was redeemed 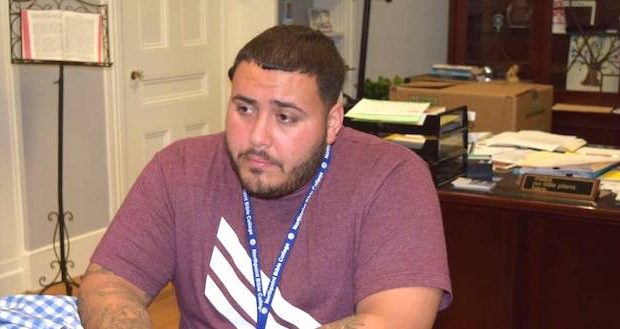 Frankie Killmer has turned his life around after finding Christ.

Frankie Killmer lived a brutal life, then he was redeemed

It’s no surprise that Frankie Killmer had a dysfunctional childhood. An older female relative in the family home tried to drown him, twice. After being placed in the care of a male adult relative at age 7, Frankie had to watch — from inside a dog kennel — adults engaged in immoral acts.

“If I cried, I would be beaten,” recalls the burly 28-year-old Killmer, “So I repressed my emotions.”

He’s now a freshman at Northpoint Bible College in Haverhill, Massachusetts but the tears flow freely these days as the heavily tattooed Killmer recounts the memories of his oppressive childhood and traumatic youth.

After being diagnosed at 7 with psychosis, a medicated Killmer went to stay in a mental ward. He first contemplated killing himself there. 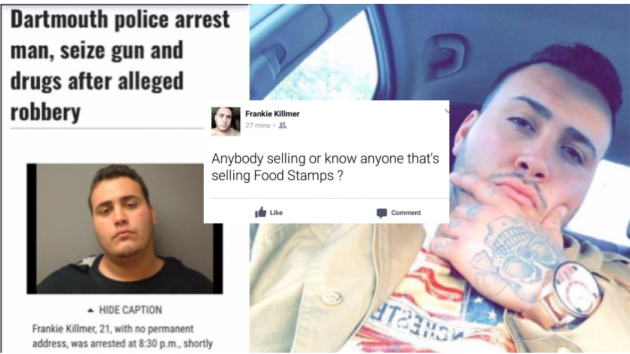 “They said I was seeing things that weren’t there,” Killmer says. “I didn’t realize it at the time, but I was seeing demons. I was around so much evil.”

READ: Iranian man finds Christ after see this in a Hollywood movie

Killmer was temporarily placed by child protective services with an unloving family. Unsurprisingly, he rebelled, in a massive way. He acted violently, with impunity. At 15, he joined the Latin Kings. Rising through the ranks he took over the gang’s operations in Worcester, Massachusetts, plus other locations. Following an armed robbery conviction, Killmer went to Souza-Baranowski Correctional Center, the super maximum-security prison in Shirley. Suicidal tendencies he experienced as a child returned.

Even in prison, Killmer, who hadn’t processed his painful memories, fought constantly with rivals. Then a fellow inmate, serving a double life sentence, ministered to him. The prisoner, already behind bars for 20 years, told him about Jesus.

“Ramon served as a lighthouse to me,” Killmer recalls. “He prayed for me and loved me when I couldn’t love myself.”

Killmer didn’t want to be a gang leader anymore; he wanted to serve Jesus. That decision sparked a new round of brawling, this time from fellow inmates angry that he left the Latin Kings and converted to Christ.

Because of repeated fighting, Killmer spent 34 months in segregation. He slept and ate all meals in a space the size of a typical residential bathroom. He had no television to watch. No one visited him in solitary confinement. The metal and slab cell contained little more than a fire-retardant mattress, flameproof blanket and pillow, and stainless steel combination toilet and sink. Guards escorted him to shower as he wore handcuffs and shackles.

With a reflective steel mirror on a wall, Killmer did a lot of inner reflection. He devoured the only book in his possession, a Bible he found at the bottom of a cart full of legal books.

With a reflective steel mirror on a wall, Killmer did a lot of inner reflection. He devoured the only book in his possession, a Bible he found at the bottom of a cart full of legal books.

Upon his release after five years in 2016, Killmer was baptized at ExcelChurch in Leominster, with water-tight bags duct taped around the ankle bracelets he had to wear while on parole.

But after 2½ years he drifted away from the Lord. He started drinking alcohol and ended up homeless, living in a car.

“I found Frankie to be a really good person who had hit a rough patch,” recalls Alexander, 43. “All doors had shut and he had no place to go. I just wanted to support him as a human being.”

Killmer moved into the Alexander home for four months to try to get his life together. Alexander resolved to listen to Killmer’s needs and to help him.

“That man took me in, got me clothes, gave me a place to stay, and anything I needed,” Killmer says. “He told me the only thing I needed to think about was getting myself together.” 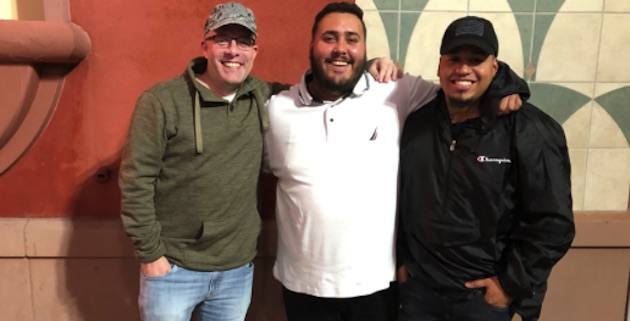 “It was the first time I experienced God’s grace and mercy,” recalls Killmer. “Pop forced me to talk about emotions. He convinced me I could do powerful things if I took God seriously and changed my life.”

Not that the two didn’t have some intense conversations about life choices and priorities.

“Frankie realized he needed to change things,” says Alexander, a former Northpoint Bible College student. “He needed to come here and get well. Sometimes people just need to be shown love and grace.”

When Killmer, at Jaquan’s invitation, visited Northpoint on a campus experience weekend in April 2019, he discovered a comfort level that had been missing all his life. He wanted to attend. Alexander helped Killmer complete an application and fill out financial aid forms.

I understand the depths God reached down in the pit to pull me out of bondage.

“I understand the depths God reached down in the pit to pull me out of bondage,” Killmer says. “My story is one of deliverance. I need to show other people the same kind of love.”

Killmer knows he must release any resentment he may have toward relatives who have abused him to be effective in ministry. Despite his belief that he always has been a terrible student, Killmer appears pensive and well-spoken in conversation.

Alexander is enthused about how far Killmer has progressed and what the Lord has in store for him.

“Frankie is learning to deal with different people and God is shaping his character,” says Alexander, who now is general manager of a heating and air conditioning company in Portsmouth, Rhode Island. “Frankie has a calling on his life.”