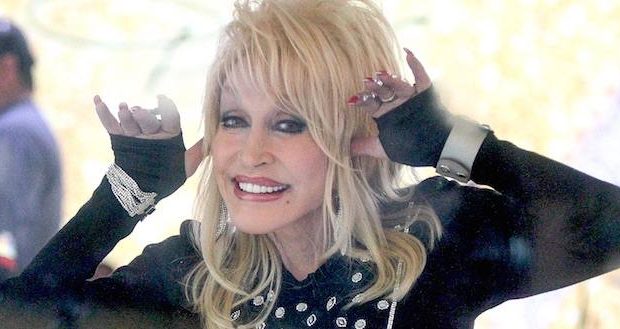 Dolly Parton: My life purpose is to ‘do something for God’

Dolly Parton can still remember the moment she discovered her God-given purpose.

During a sit-down interview with Christian media outlets last month, the country music legend and cultural icon recalled how, as a little girl raised in the Smoky Mountains, an old woman once told her: “You are anointed.”

“We grew up in the church and my grandpa was a Pentecostal preacher,” Parton recalled. “So healing and praying and being anointed and all that stuff, that was nothing new to us, ‘cause we survived because of our faith in God to get us through and all that. But when that old lady told me that I was anointed, I didn’t know what that was. I was just thinking it was like, olive oil.”

When Parton asked her mother to explain what the old woman meant, she responded, “That means that God has His hand on you; that you may do something special.”

“So I kinda held that also in the back of my mind, whether that was predestined or not, or whether I just took that little grain of faith and made that so for myself,” the “Jolene” singer continued.

“I never let go of that. I always felt responsible to God that I was supposed to be doing something for God. I still feel like that, and I’m still doing it, trying to. Sinning all the way, but trying my best, and asking forgiveness seventy times seven.”

At the age of 18, Parton left rural Tennessee and followed her passion for singing to Nashville. It wasn’t long before she launched a music and acting career that spanned decades, selling over 100 million albums worldwide and winning numerous awards.

One of the most beloved public figures in the world, Parton’s charitable and philanthropic efforts are as notable as her music.

She’s worked to improve literacy and promote education through programs such as her Imagination Library, which has given away over 100 million books to children around the world since 1995. In her hometown of Tennessee, she raised over $11 million to help those affected by the fires that ravaged Sevier County in 2016.

“Every day I pray for God to lead me and to take out all the wrong things, wrong people in my life, and bring all the right things, right people, and to let me glorify Him and uplift mankind — to do something in this world to make it a little better than it was. And let me be a light and a vessel to be used,” Parton explained of her charitable efforts.

And at 73 years of age, the legendary singer said she’s not quitting anytime soon.

“I live on spiritual energy, creative and spiritual energy, because I do go a lot,” Parton said. “I work hard. I work really, really hard. But I love my work. It’s like, only when you go through family problems or heartaches [that] you actually have to lean on God for even more. But I really feel like I have a calling. I always felt I had a mission. Don’t know what all it is, but I feel like God had told me early in a feeling that I was supposed to go until He told me to stop.”

“He ain’t said nothing yet about quitting,” she continued. “So I ain’t said nothing about retiring yet. But I just know that I will go until I can’t go anymore, ‘cause I do believe that I can give something to this world. Until God says stop, I’ll keep going.”

On Nov. 22, Netflix will debut “Dolly Parton’s Heartstrings,” an anthology series based on the music of, executive produced by, and co-starring Parton herself. While the show is not explicitly faith-based (several episodes include sexual content and language), the singer said she hopes it “touches” viewers and brings joy amid “all the darkness going on in the world right now.”

Dolly Parton with For King and Country in “God Only  Knows” music video:

“I started writing songs because we didn’t have a chance to go to the movies,” Parton recalled. “We didn’t have television in those early, early days, so I would write songs, just make up stories that were really kind of like movies and I would just sing them. And so now it’s kind of led to this, ‘cause I really write a lot of characters and I love to paint pictures in my songs and tell stories.”

“Dolly Parton’s Heartstrings” has eight episodes, each with a different cast and story. The stories come from some of Parton’s songs including “Jolene,” “Two Doors Down,” “These Old Bones,” “Sugar Hill” and others. 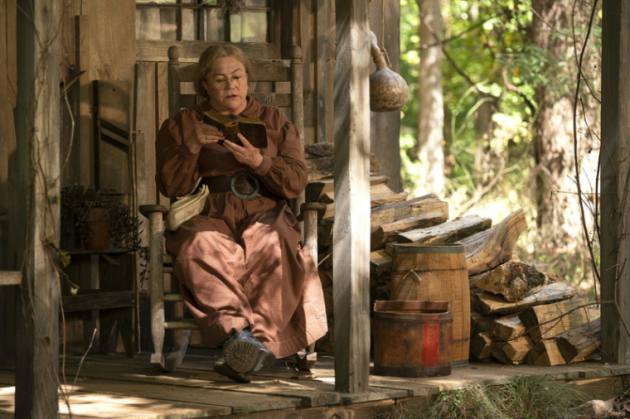 A still from “These Old Bones.” | Netflix

In addition to her forthcoming Netflix series, Parton said she’s anticipating creating new music. Recently, the singer released a song called “Faith” along with Swedish electronic dance duo Galantis. In August, she teamed up with contemporary Christian duo For King & Country for a remix of “God Only Knows.”

Whether she’s writing hit songs, performing in front of thousands, or using her resources and talents to help those around her, Parton said she finds peace and comfort knowing God’s hand is on her “all the time.”

“It’s just like a story about the footprints in the sand,” the legendary singer said, referring to the famous poem about faith and perseverance. “[God] didn’t leave me, or He was carrying me then. I either left Him or He was carrying me. So that’s kinda how I look at that. When I think, ‘Where are you God? He’s like, ‘I’m down here, with the people.'”