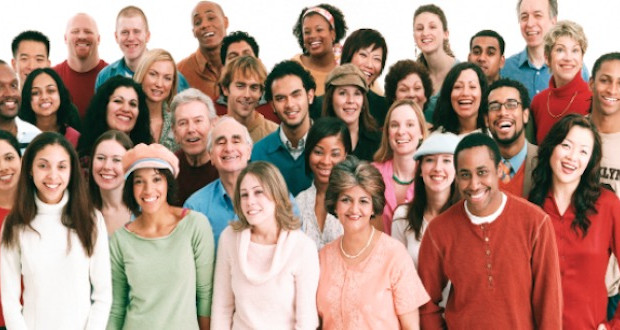 Those who identify with a religious group and regularly attend worship services tend to be happier and more civically engaged than those who do not, a new Pew Research Center survey has found.

A Pew Research Center report released this week on religion and well-being found that religious attendance — rather than religious affiliation — was consistently linked to higher levels of happiness than for those around the world who claim no faith.

In the United States specifically, 36 percent of actively religious people said they were “very happy” compared to only 25 percent of “unaffiliated” or “inactive” churchgoers.

“Whatever the explanation may be, more than one-third describe themselves as very happy, compared with just a quarter of both inactive and unaffiliated Americans,” notes the report.

Religious habits also make a major difference when it comes to the overall health of individuals, the study found. Among Americans who identify as Christian or another religious tradition and attend services at least once a month, 85 percent don’t smoke, compared to 74 percent of the religiously unaffiliated and 72 percent of those who attend services less often.

Additionally, Pew researchers found that when it comes to measuring civic participation, people who are actively religious are also more likely to be active in voluntary and community groups.

Researchers warn their findings indicate that “societies with declining levels of religious engagement, like the U.S., could be at risk for declines in personal and societal well-being.”

Active members of congregations, the study notes, enjoy the benefits of social connections, friendship, and community.

“Those who frequently attend a house of worship may have more people they can rely on for information and help during both good and bad times,” the report said, citing scholars Chaeyoon Lim of the University of Wisconsin-Madison and Robert Putnam of Harvard University. “Indeed, a range of social scientific research corroborates the idea that social support is pivotal to other aspects of well-being.”

The correlation between happiness and religion is well-documented; researchers have shown that Americans who regularly attend religious services tend to live longer, and religion has been shown to help breast cancer patients cope with stress.

Religious participation — not merely religious affiliation — is also widely documented to be associated with greater happiness. In a survey of U.S. adults conducted in 2006 and 2007, researchers found that 33 percent of those who attended religious services every week and reported having close friends at church said they were extremely satisfied with their lives, while only 19 percent of those who went to church but had no close connections to the congregation reported the same satisfaction.

Alli Worthington, author of The Year of Living Happy, told The Christian Post that throughout Scripture, God continually tells His people to be happy.

“We see commands such as ‘rejoice,’ ‘do not be afraid,’ ‘be of good cheer,’ ‘give thanks,’” she said. “The only reason happiness we’ll ever have is living a life seeking God. When we follow His commands, we find the true recipe for happiness.”

In modern Christian culture, the idea of being “happy” isn’t necessarily popular, the author admitted. But after spending a year studying the idea of happiness, she discovered that science “consistently backed what Scripture said.”

“We often hear, ‘happiness is a fleeting feeling, but joy is what we should have as Christians; if you’re a Christian, you shouldn’t strive for happiness,'” she said. “But there is nothing biblical about that statement. Happiness and holiness go hand in hand, and I think to deny that hurts our witness.”

Previous: 10 reasons to be optimistic about the church in 2019
Next: The amazing ways North Koreans secretly share the Gospel