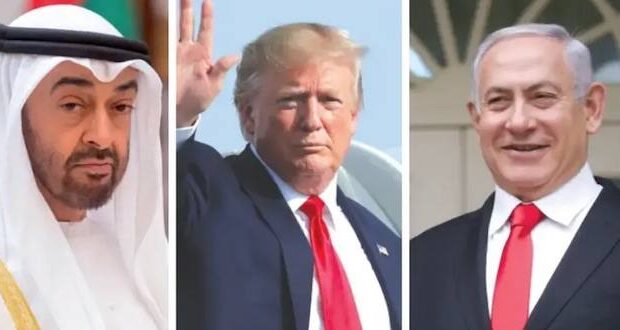 President Donald Trump credits Evangelicals for supporting the breakthrough agreement to normalize relations between Israel and the United Arab Emirates. “It’s an incredible thing for Israel, (and) it’s incredible for the evangelicals, by the way,” Trump told “Fox and Friends.” “Evangelicals love Israel. Love Israel.”

Trump was referencing polls that show high support of Israel among Evangelicals and other Christians.

At a rally in Mankato, Minn., he again invoked faith, framing the ongoing coronavirus pandemic as a test from God, something that has been echoed in many church pulpits across the nation.

“You know what that is?” Trump said, referring to the economic downturn caused by the pandemic. “That’s right. That’s God testing me. He said, ‘You know, you did it once.’ And I said, ‘Did I do a great job, God? I’m the only one that could do it.’ He said, ‘That, you shouldn’t say. Now we’re going to have you do it again.’”

TRAVEL: Travel with Metro Voice to tour the Holy Land

Many evangelical Christians were quick to celebrate the agreement as the deal was announced over the weekend. Johnnie Moore praised the “Abraham Accords,” a reference to the shared association with the religious figure Abraham in Jewish, Muslim and Christian traditions.

“Evangelicals are elated,” said Moore, who serves on the U.S. Commission on International Religious Freedom. “For years, our community has worked and prayed for peace between the United Arab Emirates, its neighbors and Israel.”

Moore called the deal a “once-in-a-generation diplomatic achievement” that thrilled his fellow faithful. The Rev. Franklin Graham, a longtime Trump supporter and a son of the Rev. Billy Graham, tweeted that he was “grateful (Trump) knows the importance of working for peace… The Bible tells us to strive for peace, to pray for peace, and to ‘… Seek peace and pursue it.’”

According to a 2019 Pew Research survey, evangelical Protestants are far more likely (72 percent) than U.S. Jews (47 percent) to say that Trump is striking the “right balance” between the Israelis and Palestinians. Conversely, U.S. Jews are more likely than any other major religious group polled other than the religiously unaffiliated to say that Trump is favoring the Israelis “too much” (42 percent), compared with only 15 percent of evangelicals who say the same.