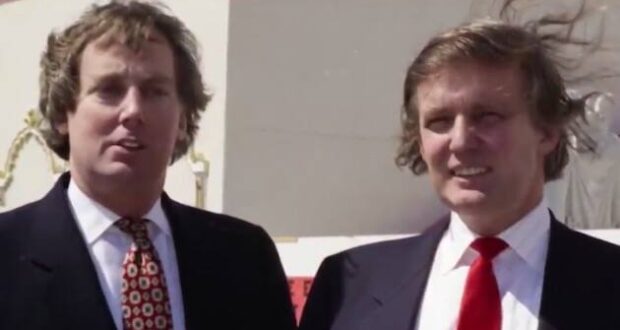 Robert and Donald Trump in the 1970s. Pohto: Trump organization.

Sources close to the President stated anonymously over the weekend that Donald Trump wept at the news of his younger brother’s death.

Robert Trump, a businessman known as even tempered and jokingly referred to as the “nice” Trump brother, died Saturday night at New York-Presbyterian/Weill Cornell Medical Center. He was 71.

“It is with heavy heart I share that my wonderful brother, Robert, peacefully passed away tonight,” President Trump said in a statement. “He was not just my brother, he was my best friend. He will be greatly missed, but we will meet again. His memory will live on in my heart forever. Robert, I love you. Rest in peace.”

In an interview Monday morning on Fox & Friends, the President seemed to bare a bit of his heart and his pain.

“It was not a great weekend. It’s very hard. You knew it was going to happen, but still, when it happens, it’s a very tough thing. He was a great guy. He was a tremendous guy,’ Trump stated, his voice becoming softer. “He was my friend. I guess they say best friend and that’s true, and, you know, losing him, not easy,” 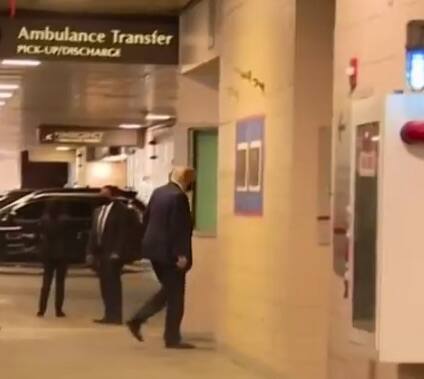 President Trump enters an elevator lobby in the parking garage of the New York Hospital where his brother passed away Saturday night.

The two brothers were very close according to biographers. While Donald Trump is routinely portrayed in media reports as “heartless” and void of any emotion, those close to the family say those descriptions could not be further from the truth. Donald Trump was once quoted as saying brother Robert was the only man he called “honey,” a pet term for close family members beloved by the man who was famous for saying “you’re fired!” on The Apprentice.

Details of the death, and the President’s reactions, came characteristically slowly for a close-knit family that has kept its personal losses and grief behind closed doors and out of the tabloids over the years.

Few outside the family knew that Robert Trump was seriously ill and the President had quietly, without any media entourage, driven to the New York hospital on Friday after the elder Trump was told Robert had become seriously ill. A lone video captured the moment the President, head held low, exited the Presidential limousine and entered the elevator in the hospital parking garage for what would be the final visit with his brother.

Officials did not immediately release a cause of death and would not say if Robert Trump was conscious as the his older brother sat bedside, elbows on his knees, whispering into his younger brother’s ear.

It was a scene befitting of two siblings who adored and respected each other even if one could be over-bearing and grab all the attention in a room. Donald Trump once described his younger brother as “much quieter and easygoing than I am.”

Robert Trump began his career on Wall Street working in finance but later came on board the family business as a top executive in the Trump Organization managing real estate holdings.

A Trump family biographer said Robert, like his brother, was “hands on” and the “one people would try to get to intervene if there was a problem.”

The president has repeatedly praised his brother’s loyalty and laid-back demeanor. “I think it must be hard to have me for a brother but he’s never said anything about it and we’re very close,” Donald Trump wrote about his youthful teasing of his brother wrote in the 1987 bestseller “The Art of the Deal.”

“Robert gets along with almost everyone,” he added, “which is great for me since I sometimes have to be the bad guy.”

The Wall Street Journal reports that Robert avoided the spotlight during his elder brother’s campaign and presidency. Robert had retired before the 2016 election but continued to be a big supporter of the White House run as reported in a 2016 interview with the New York Post.