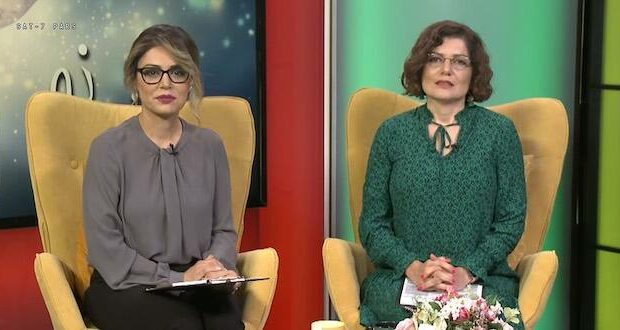 On the set of New Identity.

Arabic women who feel trapped are being reached by a powerful new television program in the Middle East.

“We want to target the ‘everywoman’ – those who are somehow entrapped and confined,” says Maggie Morgan, producer and director of the new live program Today not Tomorrow.  It will be broadcast on the Christian satellite and web-based SAT-7 ARABIC this month.

“Whether confinement is literal, for those living in small villages, in their families’ homes, who have limited freedom of movement, or whether it is psychological, this is a program that tells people who are trapped that others like them have managed to make tangible changes and choices,” states Morgan.

In a region where the number of child marriages has surged, girls are denied access to education, and their rights to make their own choices continue to be eroded.

Women continue to lead protests against the brutal Iranian government which, through “morality police,” controls most aspects of a woman’s daily life. SAT-7 provides satellite and online programs for women to make their own choices, and to pave the way for girls to have a future grounded in faith and freedom.

But it doesn’t come without sacrifice.

“Throughout history, achieving freedom has always come at a cost,” said Sally Momtazi, Presenter of Insiders, SAT-7’s live Persian women’s program. The program covered the Iranian law for mandatory hijab and the resistance of women in Iran as the protests intensified. “Our hope is that the Lord is with each one of us on this journey so that everyone can have the right to choose. This is the most basic of rights that a person can have.”

Rita El-Mounayer, SAT-7 CE) agrees. “It is women who raise the children, and if they are not allowed to thrive socially, spiritually, culturally, and financially, then our region can never flourish.”  You can watch her expanded description of events below.

Today marks 10 years since the UN initiated The International Day of the Girl Child to draw the world’s attention to the plight of girls around the world. Please pray for the girls of the region – for their freedom to choose their own futures safely and without persecution.