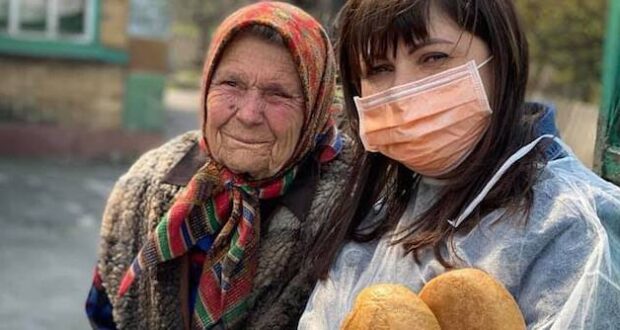 Missionaries are working hard to feed the hungry and care for orphans in Russia. (Supplied)

A U.S.-based mission to Russia and the former Soviet Union has distributed more than 500,000 meals to desperate families as Russia’s coronavirus infections hit a new high.

Russia has jumped to third place behind the United States and Brazil in new infections, now officially at more than 360,000, with more than 3,800 deaths. Moscow Mayor Sergei Sobyanin said he believes 250,000 could be infected in the capital alone, where crews are spraying disinfectant over the streets. At least that is the official count. Independent analysts say that, just like in China, Russian deaths have been covered-up.

“It’s reached a critical point,” said Michael Johnson, president of Slavic Gospel Association, which partners with a grassroots network of 6,350 evangelical churches across the former Soviet Union to support orphans, widows and families in need. “Much of the region remains in a state of lockdown, and people are getting desperate as food supplies run low.”

Remote rural communities are struggling because they have little infrastructure or government assistance as infections increase. “In many areas, the local church is the safety net,” he said. “There’s no other help.”

The organization has launched an international campaign — Christ Over COVID — to spotlight the unfolding crisis and rally prayer and aid for those who are suffering. Working directly with local evangelical churches from Eastern Europe to the Bering Strait off the coast of Alaska — a distance of 4,170 miles — SGA is delivering critical food aid to the exact point of need, even to isolated villages above the Arctic Circle.

“Our goal is to equip local Christians to help their neighbors in this crisis and show them God’s love in action as well as through their words,” Johnson said. “People in the villages are saying, ‘the government doesn’t help us. Only your church helps us.'”

Among those at risk of going hungry are Russia’s 700,000 orphans and unwanted children, typically housed in state-run institutions. Many of these facilities were forced to close because of the coronavirus and rising infections. Thousands of children had to return to unsafe households, with parents or guardians addicted to drugs and alcohol.

“We’re appalled at the terrible conditions these children are living in,” one SGA-sponsored missionary said.. “They’re left without food and hungry.”

Founded by a Belarussian immigrant to the United States in 1934 and headquartered near Chicago, SGA focuses on “the power of prayer” to propel its ministry to families, widows, and orphans.

“Prayer is needed now more than ever before as the coronavirus places millions in Russia and neighboring countries in danger of hunger and even starvation,” said Johnson, inviting people to join the organization’s Crisis Prayer Team and get updates at www.sga.org/COVID.

Previous: Brother of George Floyd calls out rioters: “He would not want you to be doing this”
Next: Restaurants are turning their parking lots into drive-in movie theaters