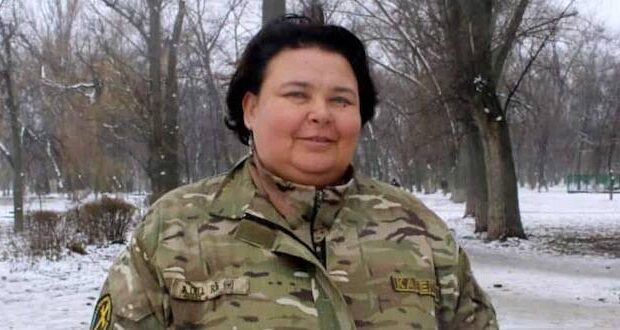 In the small Eastern Ukrainian suburb of Avdeevka it’s common to hear bombs exploding or nearby gunfire.  Seven years after Russia’s invasion began, the casualties still mount. Residents who fled and those who stayed still question why the Obama administration failed to act on a defense treaty between the U.S. and Ukraine. 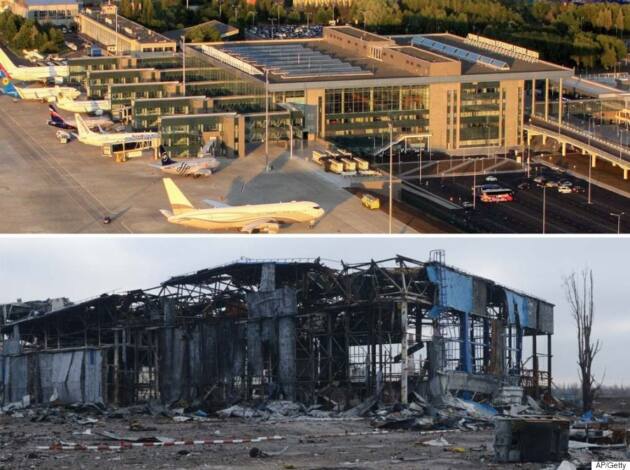 Donetsk, Ukraine’s international airport before and after the Russian invasion.

For Sasha Andriyashina, a volunteer chaplain with the Ukrainian army and a missionary now in her fifth year on the frontlines, the reasons are not as important as dealing with the aftermath both emotional and physical. 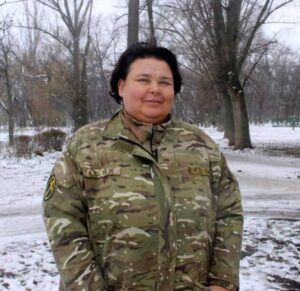 Andriyashina, commissioned by Calvary Chapel Kyiv (Kiev), boldly ministers to soldiers on the frontlines, as well as helping vulnerable families impacted by the conflict.  Her goal above all else is to always share the love of Christ.

Peter Wooding with Assist News Service visited the region this year and asked Sasha about the outreach in the area, including Avdeevka – a suburb of Donetsk.

Sasha, why did you go to the frontlines to be a chaplain? What led you to do this?

“Since 1990 when I received Jesus into my heart, God gave me a desire to work with children and to do missions.  I met many people who also had the same desire, esp­ecially people with Mercy Projects.  We started working together back in 1992.

“We saw the need to minister the Gospel to children in the Chernobyl contaminated area.  We did camps and Bible studies there for many years.  God then opened the door for me to leave Kyiv and move to the frontlines in 2016.  Last year I moved again, this time to the town of Avdeevka.  Bombs explode there, fighting takes place, and for missionaries it is like a forgotten area.  That is why I am there.”

Sasha, tell us, what do you do in Avdeevka? 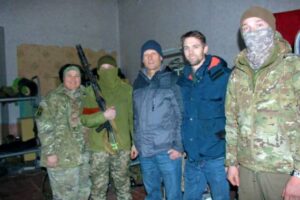 Sasha brought a Mercy Projects team to share with the soldiers.

“I often meet soldiers in town and I give them my card that has a prayer, my phone number and some words of encouragement.  I try to get to know them, where they’re from and how long they’ve been in the army.  Sometimes I ask them straight forward questions like do you consider yourself a child of God or have you seen God helping you in your service?

“There is a saying among the military here, ‘there are no atheists at the front line.’  Because of fear and nearness of death, they are searching for God.  I really find great opportunities to share the love of Jesus with them.

“I also go to where the soldiers are stationed and stay with them for a few weeks.  As a chaplain, the commanders often allow me to stay near the front lines.  Early in the morning we have a line-up.  Usually the commander lets me share a Bible verse and a short word of encouragement, and then I close with a prayer.

VIDEO: Behind the scenes with Ukrainian troops defending their country

“I also help in the kitchen preparing lunch and peeling potatoes.  Because everyone hates peeling potatoes, the chaplains do it.  I also maintain the stove or clean the floor.  When they’re chopping wood I can sit and talk to them.  The guys really appreciate it when someone just listens to them.”

Sasha, earlier this year Mercy Projects helped you get a car.  How is that going? 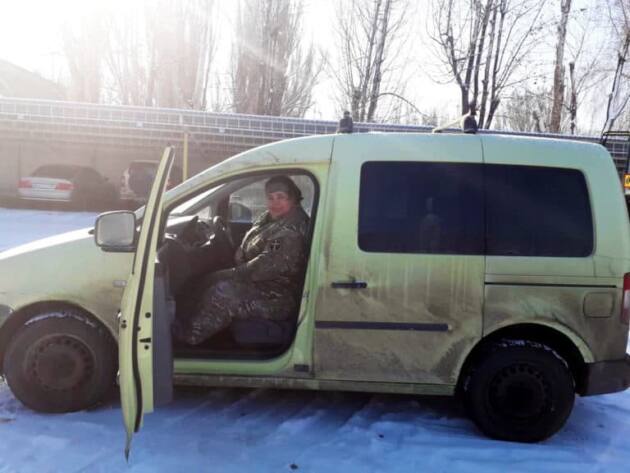 “I was so blessed to receive this vehicle.  It enables me to be mobile and expand my area. I also take soldiers to the post office, or the grocery store, and help deliver packages and letters from their families.  These are all opportunities to have one-on-one conversations about their thoughts, fears, and concerns.  It is a privilege for me to transport these guys.  They defend our country, and I get so many chances to build relationships and share the gospel during our journey. 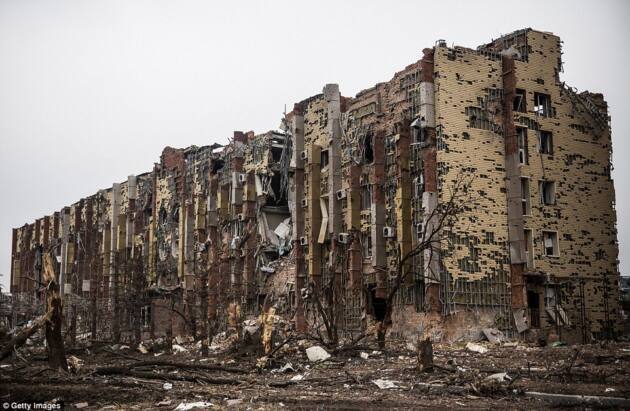 Russia destroyed much of the civilian housing infrastructure in the region.

“I believe the many years I spent talking with people in the Chernobyl zone helped prepare me for the trauma these guys experience.  First of all, you must be able to listen as they deal with issues with their families and with fear.  They suffer panic attacks and PTSD.  I share with them and pray for them to know that as they protect their country, God protects them.”

Mercy Projects supports Sasha in Ukraine but more missionaries are needed.  Eastern Ukraine is a depressed war zone region in a country that would like to forget about this war with Russia.

“We are lacking people, Sasha said.  I often preach in small churches here because they no longer have pastors.”

The best way to share the gospel in Ukraine is to support faithful Ukrainian believers like Sasha.  They endure hardship and are resourceful in times of crisis.  Like to support a national missionary?See which workers still need sponsorship!

–By Peter Wooding in the UK

Editor’s Note: The Ukrainian Government signed a defense treaty with the Clinton Administration in the late 90s. The treaty required that Ukraine give up its nuclear program which it kept after the Cold War as a deterrent against Russia. The U.S. guaranteed that the United States, along with Nato, would serve as the deterrent to Russia. Ukraine voluntarilly gave up its nuclear weapons and research. As Russia was massing troops and military equipment in late 2013 in advance of the 2014 invasion, the Obama administration warned Russia publicly but never fulfilled America’s obligation under the treaty. The United Nations list over 13,000 deaths from the invasion.

Previous: Newest film adaptation of Jane Austen’s ‘Emma’ is a funny delight
Next: What you need to know about China’s cyber war with the U.S.