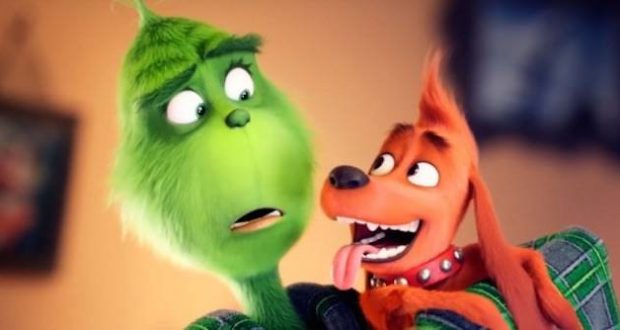 ‘The Grinch’ reflects on true meaning of Christmas

The frozen wind whips, the snow seeps with wet trickles into his garishly green furry ankles, and the Grinch sucks his teeth in frustration on his icy mountain perch.

They think their little Whoville is so delightfully charming and picturesque, he muses while gazing down upon the gingerbread-like buildings with their covering of garland and twinkling lights, but they’re more of a blight. They’re a sugary, noisy blight. 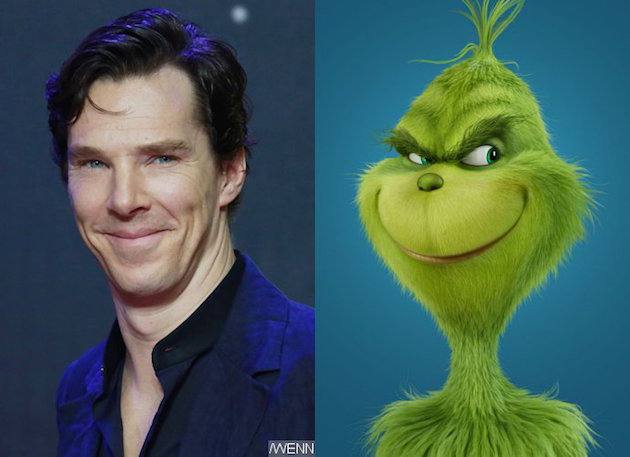 Benedict Cumberbatch is the Grinch.

From the Grinch’s perspective, Whoville’s residents are altogether too … joyful! They’re hideously happy. Cloyingly cheery. And that’s doubly true at this time of year: Christmas. He could almost barf.

When the townsfolk set up their holiday bingles and bangles and begin singing their syrupy songs of the season, it drives the Grinch to distraction. And this year, those caroling caterwaulers want to make their Christmas three times bigger than it’s ever been before.

From his snow-covered cliff he’s watched them fly in a monstrosity of a Christmas tree and a treetop-crowning star the size of a small Who-mobile. And once they light and decorate that terrifying tree, why, it’ll be bright enough to blind anyone with eyes within miles of Whoville. Disgusting!

How can I possibly wallow in lonely misery with all that searingly shiny and gaggingly giddy gaiety going on!? the Grinch wonders.

So after stomping back into his cave, the Grinch, voice by Benedict Cumberbatch, stews sourly with his only companion, a puppy pal named Max. Then it hits him. And the Grinch hatches a wonderful idea: What if he could steal all of the Whoville woo-hoos away? What if he could grab all their goodies and make them wretched and raging, weepy and woeful?

Now that would be a Christmas to remember!

As he plots and plans how to steal Christmas, the grumpy ol’ Grinch starts researching the holiday, gathering the necessary tools and constructing his Grinchy tech. But this process reminds him of something unexpected: the youthful loneliness that drove him to his mountain hidey-hole so many years before.

The film makes it clear that being alone and being friendless is a very sad state indeed. Conversely, it applauds loving friends and family members, showing us exactly what those types of gentle relationships—and the people who pursue them—might look like in action.

Cindy Lou Who is one such praiseworthy individual. When someone points out that this young girl has made unselfish choices to help her friends, she replies matter-of-factly, “I did it because you’re my friends. And when something matters to you, it matters to me.” Her selflessness gets her buddies’ attention, and one says, “That’s beautiful.”

Cindy also tends to think more about her loving mom than about getting gifts for herself. She endeavors to talk with Santa Claus on Christmas Eve (who is really the Grinch, of course), because she hopes he’ll do something special for her mother, Donna.

Rated PG-13.  CAST: Voices of Benedict Cumberbatch as the Grinch; Cameron Seely as Cindy Lou Who; Rashida Jones as Donna Lou Who; Kenan Thompson as Bricklebaum; Pharrell Williams as the Narrator; Tristan O’Hare as Groopert
Later, when it looks as if the Grinch has stolen away everything for Whoville’s Christmas celebration, Cindy Lou laments her talk with the wily Santa-suited interloper. But Donna assures her daughter that gifts are unnecessary, because Cindy is indeed her greatest gift. Donna also points out that no one can “steal” Christmas, because Christmas is inside us all. In fact, the whole town of Whoville reflects an attitude of contentment and ongoing Christmas joy, even without the “stuff” of the holiday.

In the end, the townsfolk graciously welcome the Grinch into their midst when he admits his wrongdoing and apologizes for his thievery. This act of friendship and kindness transforms him. “It wasn’t Christmas I hated,” he states with wonder, “It was being alone.” The townspeople’s choices and attitudes even cause the Grinch’s heart to grow three times its normal size. He ultimately toasts his new friends, saying thoughtfully, “To kindness and love, the things we need most.”

As mentioned above, there is a strong thread in the film about Christmas being more about our spirit than receiving gifts. But the film also subtly points to the holiday’s real meaning, the celebration of Christ’s birth, through some of the Christmas carols that many in Whoville sing. Nearly the whole town joyfully sings “God Rest Ye Merry Gentlemen,” and a smaller gathering of friends and family intone “O Holy Night.” Cindy Lou tells the Grinch that sometimes when she just closes her eyes and listens to people singing Christmas songs, “all your sadness goes away.”

Yeah, yeah, we all know the story. And we’ve probably seen, read or heard Dr. Seuss’ How the Grinch Stole Christmas in one form or another myriad times including the very weird and unsettling rendition of the character by Jim Carrey who is equally strange in real life.

There are, of course, some who will look at this newest version and grinchily grouse with grumbling gall about everything from its rejiggered rhyming narration to its padded storyline to the fact that the original version of the tune “You’re a Mean One, Mr. Grinch” doesn’t even show up in the film.

All of that, however, is moot, because the Grinch’s newest animated movie is here, and your little kids will likely want to see it.

Oh, and Mom, Dad, if your instant fear is that Hollywood is remaking one more classic into yet another toilet-humor rampage or disgruntled social-protest platform, well, worry not: This version of the Grinch’s tale is well made, as clean as a crisp snow on a Sunday morning. It’s honeyed with uplifting messages about the importance of friendship and family. And perhaps most surprisingly, it even musically links the birth of the baby Jesus to the Christmas festivities and soaring spirits in Whoville. (That alone was a very pleasant gift nestled amid the cinematic twinkle and tinsel.)

Yep. Dr. Seuss’ The Grinch is nice. It’s sweet. And parents will enjoy it, too.

Previous: Get your shovels ready, snowfall to be at record levels
Next: Syrian Christians share tragic stories 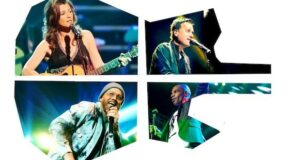 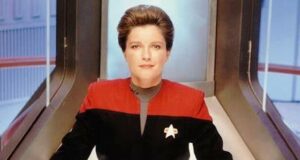 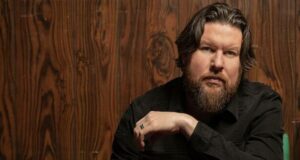 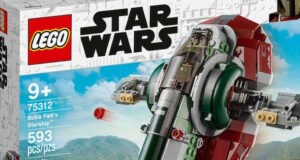 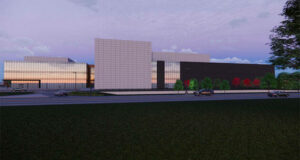 Hollywood in the heartland: Major entertainment studio coming to Missouri 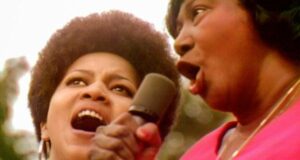