Home / News / Local / Get your shovels ready, snowfall to be at record levels 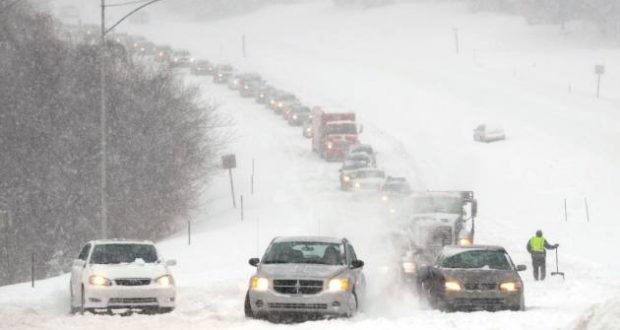 In 2011, one snow storm stranded cars on interstates across Kansas and Missouri.

Get your shovels ready, snowfall to be at record levels

With the unusual and record-breaking snowfall in the area since October, people are wondering, “What does that mean for this winter?”

Gary Lezak, lead meteorologist at KSHB TV, says this year’s snowfall across Kansas and Missouri will go down in the record books.

In his prediction, released Nov. 15, Lezak writes, “After three years of less-than-average snowfall in Kansas City, we might see a big change this winter.”

Lezak, who will make his official forecast tonight at 10 p.m. on KSHB TV 41,  continues in his preview blog with a lengthy explanation of why you should get your snow shovel ready.

“If Kansas City gets even an average amount of snow, which is between 18 and 19 inches for the season, it will seem like it snowed a lot. We had less than 10 inches of snow for the third straight winter last year. It was the first time that Kansas City had ever had three consecutive winters with such low snowfall amounts. 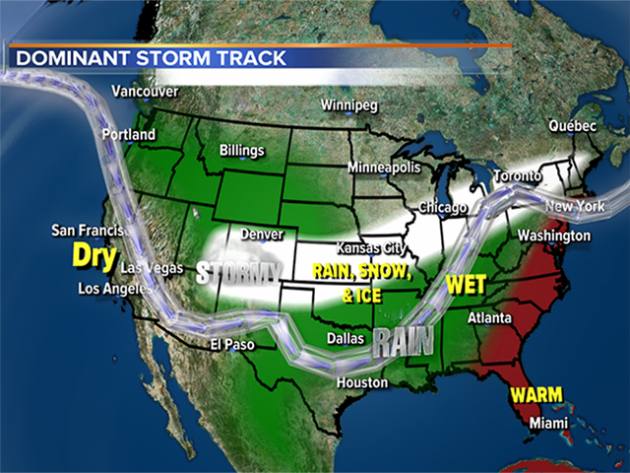 So which direction are we headed for the 2018-19 winter season? According to early indicators, snow enthusiasts could be pleased – but if you don’t like snow, then you might want to head south for the winter.

The weather pattern sets up each fall, according to my hypothesis called the Lezak Recurring Cycle, or the LRC. In the 1940s, the famous meteorologist Jerome Namias, head of the National Weather Bureau’s long-range forecasting division from the 1940s to 1970s, started noticing a cycling pattern with predictability by November for the rest of winter. In the 1980s, I noticed something similar, and the pattern is something we have now been working on for 30 years — or 70 years, when Namias’ research is included.

Areas on the southeast side of the Kansas City metro could see 37 inches of snow.

The pattern is cycling, and regularly. The LRC solves a puzzle, bringing organization to the chaos in the atmosphere. If you apply knowledge of the LRC to our weather forecasting, then we are able to predict when it will be cold and when it will be warm. We know, down to a series of dates, when winter storms are most likely to occur in Kansas City.

The LRC sets up between Oct. 1 and Nov. 30, so it was still setting up as we prepared our winter forecast. By December, we will learn much more from the pattern. For now, however, we have early indications that we can share.

This winter, we are predicting a storm track from Texas and Oklahoma northeast across the Kansas City area. Parts of the pattern will produce some brutally cold arctic air. Combined with the developing storm track, we are predicting at least two to three major winter storms near Kansas City this winter. This is two to three more major storms than in the past three winters combined — because there really were no major storms in those years.

It has been almost five years since our last snowstorm totaling at least 3 inches. That streak will come to an end this winter.

Kansas City averages 1 inch of snow in November; 5 inches in December, January and February; and more than 2 inches in March. We are forecasting above-average snow and rain this year and anticipate a stormier winter overall.

I am expecting our Kansas City viewing area to see a wide range of snowfall amounts. A few areas may only get around 15 inches of snow, while others could see amounts of nearly 37 inches this winter. Areas with more snowfall will likely be just southeast of Kansas City.

If you take the average of those two numbers, it amounts to 26 inches of snow, which is my official prediction for the Kansas City metro area.”

In addition to the increased snowfall, residents should also expect below-average temperatures for the season. Kansas City-area kids and teachers will likely have more snow days this winter than the past few years.

Keep this forecast in mind as you do your holiday shopping: Snow and cold-weather gear would be great items to add to your lists.

For a continued look at our winter forecast, check out the 41 Action News weather blog.

Previous: CNN, with 50 other press passes, sues White House over one
Next: ‘The Grinch’ reflects on true meaning of Christmas