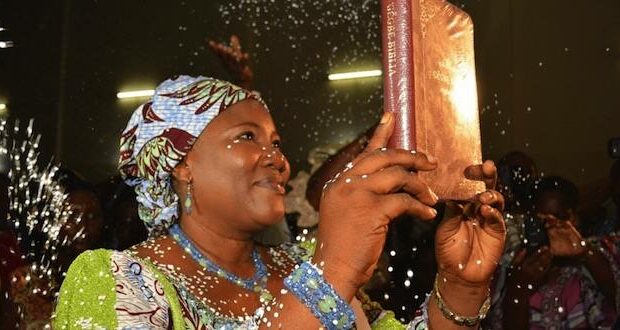 The largest Bible translation campaign to ever be introduced on social and digital media is launching just in time for Easter. The effort to translate scripture into the last remaining languages will take 12 years.

The “I Want to Know” campaign gives people the opportunity to sponsor the translation of one or more Bible verses in partnership with one of the 3,800 language communities worldwide that don’t yet have a complete Bible. More than 2,000 of those languages don’t have a single verse of Scripture yet. The campaign is spearheaded by illumiNations, an alliance of the world’s leading Bible translation organizations.

One Christian company behind the effort is Hobby Lobby.

“Can you imagine not having the Bible in English or your native language?” asked Mart Green, ministry investment officer at Hobby Lobby. “One billion people still don’t know what God’s word has to say to them. We can help fulfill the Great Commission and eradicate ‘Bible poverty’ in this generation.”

In the “I Want to Know” campaign, viewers will hear powerful testimonies from people who don’t yet have access to the full Bible in the language they understand best.

Walkie, a native speaker of the Yupik language of Alaska, remembers the moment his mother understood the Bible’s message for the first time. “Before my mother died, I was able to read her Psalm 139 in Yupik,” he recalled. “And she said, ‘Oh! So that is what it means to us!'” Yupik speakers have some scripture in their language but still are waiting for a complete Bible.

For $35, participants in the “I Want to Know” campaign can sponsor one translated verse of scripture. People also are encouraged to post the Bible verse they “want the world to know” on social media using the hashtag #IWTKBible.

“The translators are in place, the strategy is in place and with support from Christians across the U.S. and around the world, we can help every single person on earth access scripture in the language they understand best,” said Bill McKendry, campaign creative director.

Previous: Easter and World History’s Two Greatest Events
Next: WNBA basketball star shares how faith helped her while being bullied