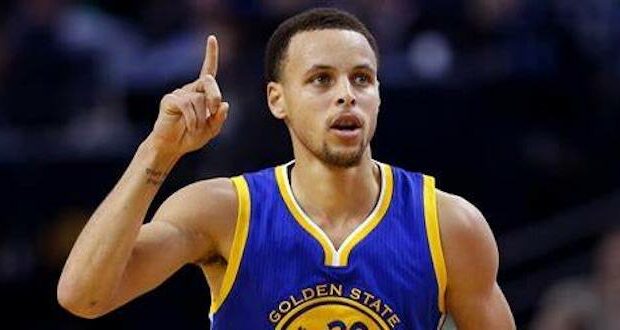 It was back in January, when the NBA season was still young, that Steph Curry and the Golden State Warriors had gotten off to a poor start.

Curry, a three-time NBA champion, has been the linchpin of this Warriors team over the past decade. It was no surprise then that the two-time MVP was the one who scored a career-high 62 points in a 137-122 win against the Portland Trailblazers at San Francisco’s Chase Center to help jump-start the season.

After that Jan. 3 game, Curry posted a photo to his Instagram account with a message that read, “Tonight was fun! Sometimes you don’t have to say anything. Stay present, stay in the moment … Have fun. All glory to God.”

Fast forward to Thursday and Curry helped lead the Warriors to an NBA Title for the first time in eight years. For Curry, it was his first win.

Curry, a practicing Christian who grew up in a religious home, is having fun while giving glory to God. He has over the years used social media to openly discuss his faith. Curry and his Warriors teammates formed a discipleship group years ago, and he even bonded with other NBA stars, such as Kevin Durant, by attending chapel sessions together during the summer. It’s one of the reasons cited for Durant joining the Warriors in 2016.

CAN YOU HELP? Donate now to support Christian journalism

In a sport in which scoring three-pointers, avoiding turnovers and getting to the free-throw line frequently are all keys to a successful season, it’s the Warriors’ commitment to Christ and faith that has become a major driver for this team as they battled the Boston Celtics in the NBA Finals. The team’s faith could very well be one of those secret weapons that have led to their success. In a league dominated by well-paid athletes with huge egos, it’s refreshing to see a star like Curry, his teammate Andre Iguodala and many others on this Warriors team rely so openly on God as almost a 12th man.

While it’s true that some players wear their faith on their sleeves, Curry, a member of the Warriors since he was drafted into the NBA in 2009, has worn it on his shoes. As part of his success, he began writing “I can do all things” on his sneakers before games. He also chose Philippians 4:13 as his preferred verse.

The Steph Curry shoe from Under Armour, some of which have language from Phil. 4:13, “I can do all things through Christ which strengthen me.”

The Bible verse reads, “I know both how to be abased, and I know how to abound: Everywhere and in all things am instructed both to be full and to be hungry, both to abound and to suffer need. I can do all things through Christ which strengthen me.”

“My mom challenged me to find a verse that I could rely on to give me strength,” he added, “give me a sense of purpose and to remember who I was playing for every time I lace up my sneakers.”

Warriors chaplain Earl Smith told the Christian Broadcasting Network in 2016 that faith is “what you fall back on whether you win or lose.”

“The faith that you have transcends the locker room or anything else,” he added.

Calvin Fong, writing about Curry for Clutch Points earlier this season, noted the following about Curry: “He’s very secure in who he is. Because of how rooted he is in his faith, basketball doesn’t define him. Rather, playing basketball is just one of the ways he uses to live out his faith. His family is much more than just his cheerleader during games. They’re his community, his support, and his accountability in walking the Christian life.” 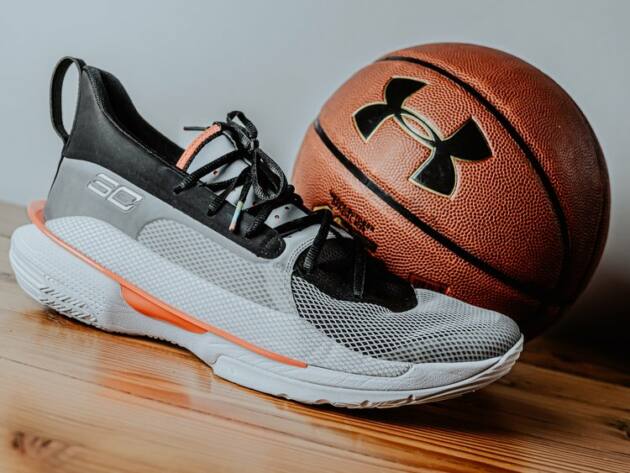 Curry married his longtime girlfriend Ayesha Alexander in 2011. They have three children: Riley, Ryan and Canon. His family is also involved in many charities, including Eat. Learn. Play. Foundation, based in Oakland, California, where they work to end childhood hunger and provide safe spaces for kids to play sports.

Emblazoned on the foundation’s website is the motto “impact over legacy.” But it isn’t just a motto. Curry will be remembered as one of the best shooters in basketball history. He’d like you to remember him for much more.

“In a world of egos, Curry exudes humility in his interactions with the media, his teammates, and coaches,” Fong wrote. “In a business that sees paychecks as prizes, the Warriors star, who is now the NBA’s record-holder for career three-pointers made, hasn’t once complained about money. And in a culture of self-glory, he is out there giving God the glory.”

–Clemente Lisi is a senior editor and regular contributor to Religion Unplugged. He is the former deputy head of news at the New York Daily News and teaches journalism at The King’s College in New York City. Follow him on Twitter @ClementeLisi.

Previous: People with bad diets know it, but those who think they eat well get it wrong
Next: Fatherlessness at the root of many of society’s problems, Florida Gov. DeSantis says