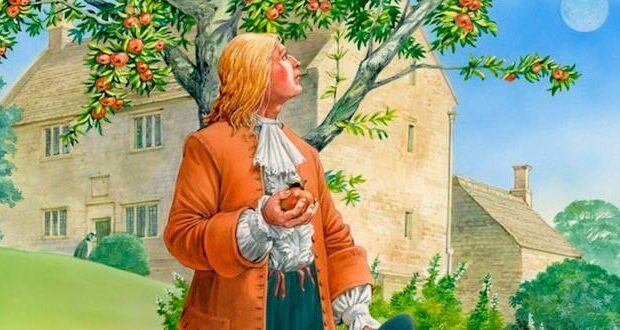 Who knew that 350 years after Isaac Newton and the Bubonic plague, he could be an example for how we  handle forced solitude during the coronavirus pandemic.

In his 1993 book, “Don’t Waste Your Sorrows,” author Paul Billheimer makes the point that it’s not the mere presence of anxiety, fear, pain, or suffering, but how a person reacts to it which determines one’s trajectory of personal growth through anxieties and difficulties. Billheimer encourages people not to waste their sorrows, but to use them as a catapult to launch them into significant personal growth. 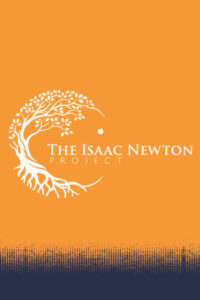 The current pandemic provides just such an opportunity for all of us today. What will we do with our current sorrows? Use them and our unexpected free time to personally grow, or waste them by trying to forget them through diversions such as bingeing on Movies and TV series, which only provide temporary relief?

Two friends, KC Craichy (livingfuel.com), and Fred Markert decided to partner to try to help people by making it easier for them to use their time and sorrows wisely and most productively. They started calling their friends in well-known Christian ministries, organizations and churches around America, asking them to unite around the idea of giving their life-giving and enriching resources to the public for free. The Isaac Newton Project was born.

Genoese traders brought plague to Europe after escaping a siege in which a Mongol general used infected corpses as a weapon. In a few short years, up to 25 million people, one-third of Europe’s population, were killed. Lesser outbreaks, spread by fleas, continued to pop up for centuries, and produced some victories for working from home: Shakespeare used a shutdown of theaters in 1590 to write poetry, and during an outbreak in 1665, Cambridge sent its students home—including Sir Isaac Newton, who used the opportunity to sit near an apple tree and unlock a fundamental law of physics. What have you accomplished this week?

Isaac Newton was at Trinity College in Cambridge in 1665 when The Great Plague hit England. It was the final round of the Black Death, also known as the Bubonic plague, which originated in China in 1331 and which had been ravaging England in what historians call the Second Pandemic.

Cambridge shut down because of the pandemic, and Isaac Newton had to go home where he was “sheltering in place” and practicing “social distancing” for the next two years until the Pandemic ended. It became the most productive time in his life! During those two years he discovered the Laws of Gravity, Optics, and Motion, and developed Calculus as well. Suffice it to say, Newton grabbed the opportunity that the Second Pandemic offered him of having time on his hands and being isolated to lay many of the foundations of modern science.

The Isaac Newton Project developed a non-commercial website where anyone can go to find both comfort during this difficult season, and the resources to help them in their personal growth — as well as some wholesome entertainment (www.theisaacnewtonproject.com).

Organizations such as the Billy Graham Evangelistic Association provide a 24/7 prayer line for people dealing with their anxieties and fears. At a time when experts believe domestic violence will increase, XO Marriage is providing their “Marriage Survival Guide,” marriage podcasts, and other materials to help marriages thrive instead.

Pastor Chris Hodges of Church of the Highlands, the second largest church in America, and Andrew Wommack and his Charis Bible College are freely providing life-enhancing teaching and messages that will help people develop spiritually.

NBA star Allan Houston, who played for the New York Knicks, and who is now focusing on Leadership, Mentorship, and Discipleship, is freely giving away his book, “The Fundamentals Of Life: Life In 3D.”

For those suddenly wrestling with Homeschooling, Flexible Homeschool is providing free access to its Flexible Homeschool scheduling app. People can also visit the site to inject some much-needed laughter into their lives by watching stand-up comedian Tim Hawkins, and movies such as “Pilgrim’s Progress.”?

Right now, more than 40 significant organizations are on the Isaac Newton Project website, and another 40 will be added this week. New organizations, influencers, and content will continue to be added daily during this time of social distancing, including: suicide hotlines, free college-level courses, gifted teachers on virtually every subject in our lives, leadership, mentoring, and entertainment.?

In this time of anxiety, fear, political and social division, and uncertainty, it’s inspiring to see such a large variety of significant organizations coming together in unity to freely provide materials and resources for the people of America.

Let’s imitate Isaac Newton and use our time wisely and productively during this trying time in our country, because time is a non-renewable resource.

Previous: Jump Shot: The Kenny Sailors story and basketball’s classic move
Next: Armchair travel: Check out these videos to satisfy your summer wanderlust