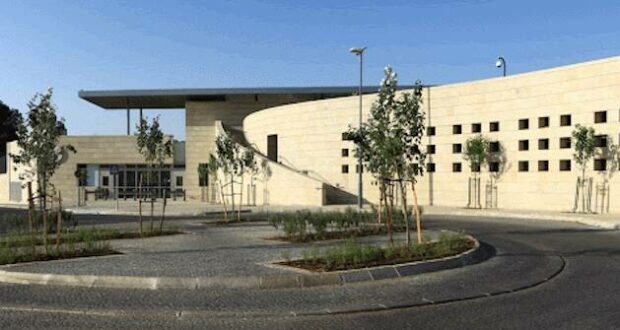 The US Embassy in Jerusalem.

The Biden/Harris plan to diminish the U.S. Embassy in Jerusalem with a competing consulate has hit a snag.

Israel’s deputy foreign minister said on Sunday that the Biden administration may end its controversial scheme to reopen a U.S diplomatic mission for Palestinians in Jerusalem. The move would weaken the authority and mission of the new U.S. Embassy that was opened under the Trump administration.  Israel has voiced opposition to the Biden/Harris plan.

The previous Jerusalem consulate was blended into the U.S. Embassy that was moved to Israel’s capital from Tel Aviv in 2018 by the administration of former President Donald Trump. The Trump policy recognized the reality on the ground – namely that Jerusalem was Israel’s ancient capital – but angered Palestinian leaders who continue to claim it for their own.

The U.S. Congress had, for over 30 years, acknowledged Jerusalem as the capital and put into law that the embassy should be moved there but no Democrat or Republican president had fulfilled the policy.

U.S. Secretary of State Antony Blinken this month reiterated Washington’s plan to reopen the consulate as part of efforts to repair Palestinian ties. He did not give timelines.

“I believe that I have good reason to think this will not happen,” Deputy Foreign Minister Idan Roll told Israel’s Ynet TV.

“The Americans understand the political complexity,” Roll said. “We have very good relations … We don’t believe in surprising them. I don’t think they will try to surprise us.”

Jerusalem is Israel’s undivided capital and the country said it would not consent to reopening the consulate.

Palestinians want the city divided and for years had the support of many Middle Eastern nations. But Israel pushed forward with the Abraham Accords which were brokered by the Trump administration. The four separate peace treaties between Israel and Arab nations angered Palestinian leaders who use the conflict with Israel to receive not only positive press, but hundreds of billions in funding.

Previous: FROM THE CHEAP SEATS – Will the Big 12 have 16 teams?
Next: Alliance for Life assists organizations working for the unborn