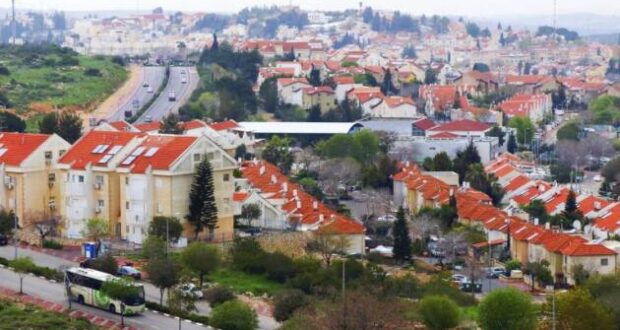 Some 450,000 Israeli Jews live in Judea-Samaria (the West Bank), in such settlements as Ariel, above. U.S. Ambassador to Israel David Friedman last week asserted that Israel would be within its rights to annex such settlements.

Opinion: Sovereignty declaration over the Israeli heartland of Judea and Samaria could come as early as July 1.

In the coming months, Israel is expected to apply its civilian law and administration to the 30 percent of Judea and Samaria (or the “West Bank“) that President Donald Trump’s recently unveiled peace plan anticipates remaining with Israel after a final peace agreement.

One might expect that Israel’s plan would be hailed for advancing peace and the equal rights of Israelis and Palestinians alike. But the more common response of many so-called experts has been to distort the facts and preemptively condemn Israel.

The distortions begin with the very words used to describe Israeli plans. Across platforms, “experts” fret over what they call “Israeli annexation.”

As I explained in my 2014 book The Israeli Solution: A One State Plan for Peace in the Middle East, Israel cannot “annex” any part of Judea and Samaria. Annexation is an act under which a state imposes its sovereignty over another state’s territory. 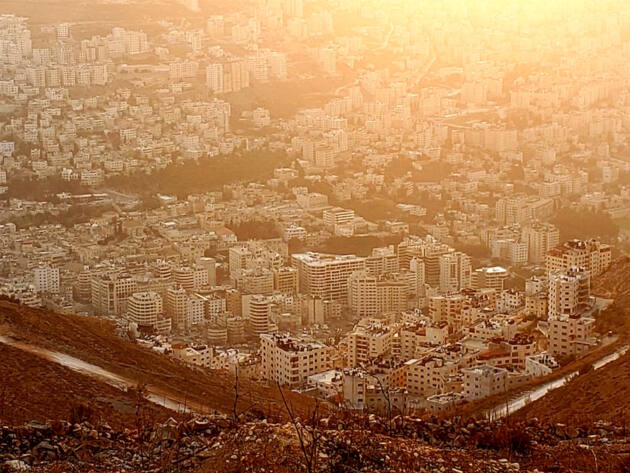 Ramallah, the capitol of the Palestinian territory, at sunset. It would remain in the new Palestinian nation under the peace plan. Photo: Dwight Widaman-Metro Voice

The state of Israel has sovereign rights to Judea and Samaria by force of its declaration of independence issued 72 years ago, on May 14, 1948. With its declaration of independence, together with Britain’s surrender of the Mandate it had been granted by the League of Nations to reconstitute the ancient Jewish national home, Israel became the one and only state that acquired sovereignty over all the Mandate’s territory.

When Israel applies its civilian law, it will be exercising sovereign rights that it has held for decades.

The second problem with the discourse surrounding Israel’s plan to apply its laws to these areas is that it ignores both why doing so is important for Israel and why President Trump included Israeli sovereignty in his peace plan in the first place.

From Israel’s perspective, the plan is important because it will significantly improve the rule of law and the civil rights of residents of the areas. For the past 26 years, Israel has shared governance of the “West Bank” with an autonomous Palestinian Authority. Israel has governed its portion of the territory under military administration. Nearly half a million Israelis and more than 100,000 Palestinians reside in cities, towns and villages in Judea and Samaria governed by the Israel Defense Forces.

Israel’s civilian legal code is far more liberal than the military laws that currently apply to the areas. The civil rights of area residents—Jews and Arabs alike—will be far better protected under Israeli law than they have been under Israeli military administrative law.

The Israel Defense Forces (IDF) will benefit from the move because soldiers and officers will not be responsible for issues like directing traffic and providing building permits for everything from parking lots to kindergartens to neighborhoods.

The IDF is a fighting organization. The more narrowly it is able to focus on defending the country, the better off it—and Israel as a whole—will be.

As for the Trump peace plan, I detailed in my book the long-standing delusion that served as the basis for decades of failed peace processes between Israel and the Palestinians. That delusion holds that Israel is to blame for the Palestinian war against it and that to win peace, Israel has to appease the Palestinians by surrendering land.

By insisting that in order to make peace, Israel must surrender all of Judea and Samaria and large swaths of Jerusalem to the Palestinians, the failed would-be peacemakers who preceded President Trump and his team didn’t induce the Palestinians to accept peaceful coexistence with Israel. Instead, they convinced the Palestinians that they could continue and enhance their aggression against Israel without risking international condemnation or withdrawal of support.

So too, the support that the Palestinians have received from Western governments, including the Obama administration, for their bigoted demand that all Jews must be expelled from Judea and Samaria and unified Jerusalem as a precondition for their agreement to live in peace with the Jewish state has made peace impossible to achieve. The notion that people who demand the ethnic cleansing of Jews from Judea and Samaria and Jerusalem will ever live at peace with the Jewish state is manifestly absurd. And the lesson the Palestinians have taken from the international support they have received for their demand of a Judenrein Judea and Samaria is that the nations of the world aren’t interested in peace; rather, they side with the Palestinians in their war against Israel.

The Trump peace plan is the first proposed American peace plan with any chance of success because it rejects the pathological—and anti-Semitic—delusion at the heart of all of its predecessor plans. The Trump plan rejects the notion that Israel is to blame for the Palestinians’ hundred-year refusal to accept the Jewish people’s right to self-determination and independence in their ancestral homeland. Instead of blaming Israel, it accepts the fact that Israel has both legal and national rights to sovereignty in all of its national home, including in Judea and Samaria. It also accepts that Israel cannot defend itself and secure its future without permanent control over its eastern frontier in the Jordan Valley.

Finally, the Trump plan rejects the Palestinian demand for the ethnic cleansing of Jews. The Trump plan accepts that Jews too have legal and moral rights to live peacefully in their homes in their nation-state. As U.S. Ambassador to Israel David Friedman recently said, “For Israel to give up Hebron and Beit El is like the U.S. giving up the Statue of Liberty.”

Beyond the legally unsupported claim that Israel has no legal rights to Judea and Samaria and the immoral demand that Jews be expelled from the areas, self-proclaimed experts argue that applying Israeli law to these areas will undermine Israel’s burgeoning relations with the Sunni Arab states. But the Palestinians themselves make clear that this is not the case. Daily, Palestinian leaders bemoan their inability to convince Arab leaders to abandon their support for the Trump plan and their interest in good relations with Israel.

As Saudi journalist Abdulhameed Al-Ghobain recently explained to the BBC in Arabic, “It is no longer just public support for normalization and building ties with Israel. Our public has turned against the Palestinians, in general.”

It makes sense that policymakers who have built their careers on the delusion that peace will be achieved by blaming Israel for Palestinian bigotry, terrorism and aggression and forcing Israel to surrender to its enemies oppose President Trump’s peace plan.

But those who care about Israel and seek true peace between it and its neighbors should support both the Trump peace plan and Israel’s intention to begin implementing the plan by applying its laws—and, through them, its sovereignty to its communities in Judea and Samaria and to the Jordan Valley.

– Caroline B. Glick is a senior columnist at Israel Hayom and the author of The Israeli Solution: A One-State Plan for Peace in the Middle East, (Crown Forum, 2014). From 1994-1996, she served as a core member of Israel’s negotiating team with the Palestine Liberation Organization.