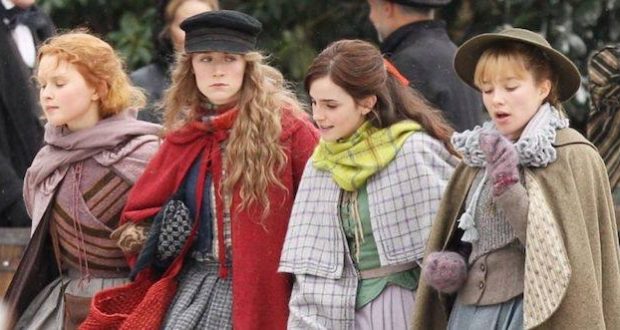 A classic book published in the 1860s by Louisa May Alcott continues to be relevant to today’s moviegoers. Both critics and audiences have embraced the latest film version of “Little Women”.

The book and movie tell the story of four sisters on the brink of womanhood — Meg, Jo, Beth and Amy March. Under the watchful eye of their beloved mother, Marmee, the March sisters navigate love, friendship, loss, hopes and dreams in the aftermath of the Civil War.

Oscar-nominated director Greta Gerwig directed the period drama, which stars Laura Dern, Meryl Streep, Timothée Chalamet, Emma Watson, Saoirse Ronan, Florence Pugh and Eliza Scanlen. Dern stars as Marmee, the March family matriarch. Kind, loving and quietly strong, Marmee is the family’s rock and moral compass, holding her family together while her husband is away working as a chaplain during the Civil War.

Throughout the latest Little Women adaptation, Marmee models biblical values for her four daughters. She gently reminds a defiant Jo to “not let the sun go down on your anger,” feeds the poor and widowed, and silently prays over her ailing daughter.

“Motherhood is profoundly spiritual, whatever that is for anyone,” Dern said.. “You’re diving as deep as possible to find the truth, or certainly Marmee is, and from that place, hopefully inspiring your girls to be truthful about who they are.

“Real spiritual connection is about being who you are and being honest and being messy and complicated and having faith in that being your gift to the world, not withholding or suppressing. I love that this story is about a mother honoring her girls for being all that they are. And that’s revolutionary and very modern, I think.”

Jo is played by Academy Award-nominated actress Saoirse Ronan, who told The Christian Post she was drawn to her character’s fierce loyalty to her family and determination in the face of overwhelming odds.

“I think often you’ll gravitate toward roles that you can sometimes see yourself in, the good points and the bad points,” Ronan said. “But then also they may have things about them that you would like to be, that you would aspire to be. I liked that she was as driven as she was and she was protective over her work. That was sort of everything to her, but it stemmed from something very genuine and authentic, which was her family and her love for her family. I liked that, at the end of the day, [her family] would always be her inspiration.”

Metro Voice is an Amazon affiliate and often includes links to books and movies. When you learn more about products on Amazon you help support our mission, even when you don’t purchase that product.

Previous: Tens of thousands of students worldwide heading to Atlanta for Passion 2020
Next: Actor Jamie Foxx hopes to see people united by faith 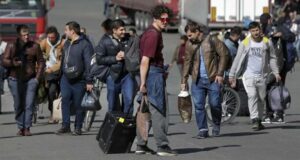