Home / News / Church & Ministry / For first time since the Dark Ages, Christians are a minority in England 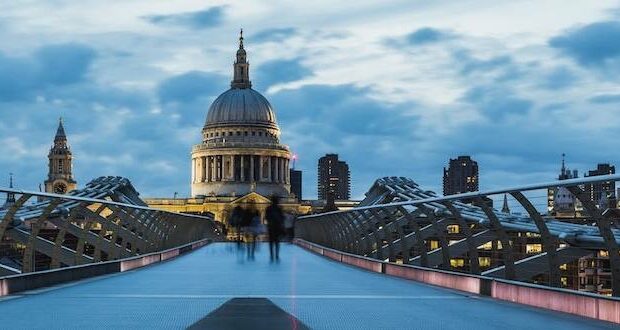 Christians are now a minority in England and Wales. The startling revelation comes from the most recent census figures and marks the first time since the 7th century in the midst of the “Dark Ages.”

The data of the 2021 census, released Tuesday by the Office for National Statistics revealed, is stirring debate over the future of the country and Europe as a whole.

The other parts of the U.K., Scotland and Northern Ireland, report their census results separately.

Secularists are cheering the news saying religion plays too large a role in society, pointing out the government still funds religious schools. Plus, say, the monarch also sits as the head of the national church.

Andrew Copson, chief executive of the charity Humanists U.K., said “the dramatic growth of the non-religious” had made the U.K. “almost certainly one of the least religious countries on Earth.”

“One of the most striking things about these results is how at odds the population is from the state itself,” he said. “No state in Europe has such a religious set-up as we do in terms of law and public policy, while at the same time having such a non-religious population.”

Archbishop of York Stephen Cottrell, one of the most senior clerics in the Church of England, said the data was “not a great surprise,” but was a challenge to Christians to work harder to promote their faith.

“We have left behind the era when many people almost automatically identified as Christian, but other surveys consistently show how the same people still seek spiritual truth and wisdom and a set of values to live by,” he said.

Some see opportunity in the results

Lt. Col. Dean Pallant, spokesman for the Salvation Army’s U.K. territory, said the decline of Christian identification offers an opportunity for the movement, which began in 1865 as an evangelical outreach in East London’s slums.

“We need to rethink the way we explain the good news of Jesus in our society,” Pallant says. “The traditional evangelical methods don’t work as they once did. People often don’t even know the story of the gospel, so we have to rethink this with humility.”

Pallant said the Salvation Army’s traditional open-air street meetings, combining brass music with gospel testimonies, no longer work in a society where the Christian story isn’t known. Instead, he said, “People have to go on a much longer journey to become disciples of Jesus.

In spite of the drop in Christian identity, Archbishop Cotrell says that the Church would continue to be there for the nation in times of need.

“This winter – perhaps more so than for a long time – people right across the country, some in desperate need, will be turning to their local church, not only for spiritual hope but practical help,” he said.

“We will be there for them, in many cases, providing food and warmth. And at Christmas millions of people will still come to our services.

“At the same time, we will be looking beyond our immediate surroundings, remembering we are part of a global faith, the largest movement on Earth and its greatest hope for a peaceful, sustainable future.”

The religion question in the census is voluntary, which the ONS said was answered by 94 per cent of residents, an increase from 92.9 per cent in 2011.

Previous: “I Heard the Bells on Christmas Day” from Sight & Sound arrives in theaters
Next: Senate rejects religious protections as it passes Marriage Act