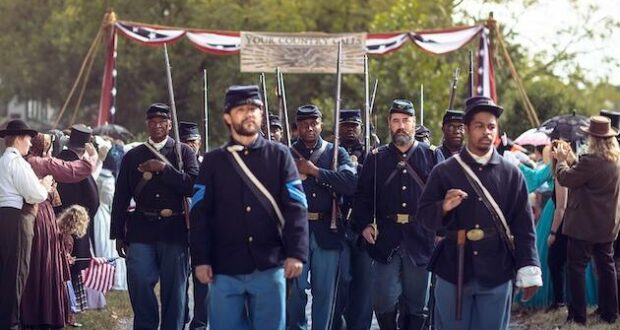 Just in time for the Christmas season, Sight & Sound, which operates a theater in Branson, has released its first feature film. “I Heard the Bells on Christmas Day” tells the compelling true story of the life and faith of the American poet who inspired the Christmas carol of that name.

The film highlights the life of the poet Henry Wadsworth Longfellow. He wrote the poem “Christmas Bells” in 1863 during the Civil War, and it inspired the holiday song “I Heard the Bells on Christmas Day.”

“It tells the story of the Christmas carol and how it came to be written by Henry Wadsworth Longfellow, who experienced several tragedies throughout his life that took him down a path of losing faith,” said Katie Miller, director of marketing and communications for Sight & Sound. “It really is a story of his rekindled faith on Christmas Eve through a set of circumstances that inspires him to write the poem, ‘I Heard the Bells on Christmas Day.'”

Sight & Sound is known for its inspiring, faith-filled onstage productions, and this full-length feature film is no different.

“We are super thrilled to be taking the next step of the Sight & Sound story and venturing into producing feature films,” she said. “With our very first one coming to movie theaters this December, we’re really excited about the opportunity to go beyond Bible stories. On stage, .Bible stories are where the Bible comes to life. But Sight & Sound Films will tell true stories of historical figures who changed the world because Christ first changed them.”

Sight & Sound Films will bring Bible stories to the big screen, but the production group will also share stories that keep the gospel message at the center of its movies. 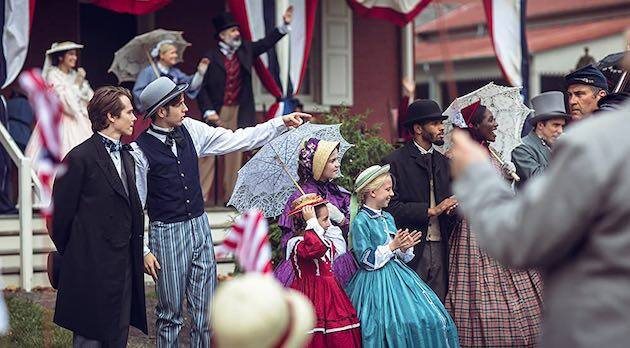 “It all is pointing back to the gospel,” Miller said. “So whether we are telling Bible stories or telling other inspirational true stories, the purpose behind all of it is to inspire and is to draw people closer in their walk with Christ. No matter what stories we tell that will be the foundation of who we are and what we do.”

“I Heard the Bells” is in theaters for a limited time. Ticket information is available at www.iheardthebellsmoview.com/tickets.

Tagged with: Christmas Day film i heard the bells movies release showing sight and sound where is

Previous: Biden administration declines to appeal court decision in medical conscience case
Next: For first time since the Dark Ages, Christians are a minority in England