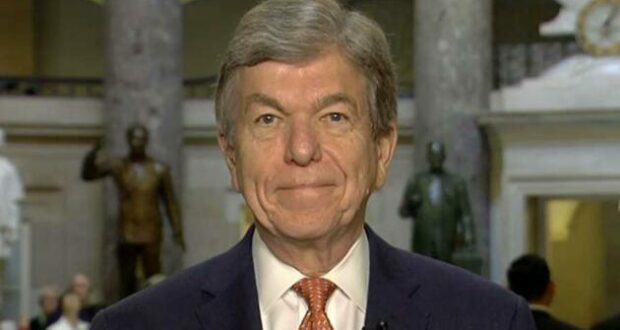 The U.S. Senate has rejected amendments to protect religious freedom as it approved the controversial Respect for Marriage Act.

Twelve Republicans, including several who are retiring like Missouri’s Roy Blunt, joined 49 Democrats in the 61–36 vote to adopt a measure approved by the House of Representatives in July. The House still must approve the Senate’s minor revisions of the original proposal and President Joe Biden has pledged to sign it into law.

The vote on the controversial proposal capped a series of procedural hurdles requiring at least 60 votes that proponents overcame with support from the chamber’s 50 Democrats and the dozen Republicans who supported final passage.

Late on Nov. 28, during a lengthy roll call on a cloture motion to limit debate, three of the dozen GOP senators supporting the bill withheld their votes until proponents agreed to allow floor votes on amendments offered by Sen. Mike Lee (R-Utah), Sen. James Lankford (R-Okla.), and Sen. Marco Rubio (R-Fla.). Each of the proposed amendments was designed to ease the threats posed by the proposal to religious freedom.

Observers say the law will seriously negatively impact churches and other houses of worship, Christian schools, daycares and faith-based non-profits.

Those concerns were outlined during debate on the proposal, opponents claimed the bill will inflict profound damage on freedom of religion, including after proponents accepted an amendment they said would remedy such fears.

In a floor speech delivered before the voting began on the amendments, Lankford asked, “Is today about respecting the rights of all or about silencing some and respecting others?”

The Oklahoma Republican told colleagues: “There are three major problems in the bill on the issue of religious liberty. If these three things are not changed in this bill, it will put religious liberty at great risk for millions of Americans who … have sincerely held religious beliefs.”

The first of the three, according to Lankford, is the bill’s reference to “any individual or entity acting under the color of state law” would be subject to penalties for failing to support same-sex or interracial marriage.

Many such agencies are faith-based, and the Respect for Marriage Act “would be a new restriction on those religious entities that formally held contracts that then would very well be pushed out from providing those services … or abandoning their faith.”

The second problem Lankford pointed to was the proposal’s creation of a new “private right of action” for “an individual who senses that they have been harmed” by a covered entity.

“Now, it’s not defined what ‘harm’ means in this new statute, it just says if someone feels they’ve been harmed, they would now have the opportunity to sue someone else,” Lankford said.

“If Congress creates a new right to sue people, there will be a lot of lawsuits … For anyone who believes this new right to sue people won’t be used and won’t be used quickly by lawyers and outsider groups all around the country, you are kidding yourself. What it really does is it silences any individual who may disagree and it discourages any faith-based entity from cooperating with government.”

The third problem lies in the bill’s language saying “If a benefit does not arise from a marriage.” Lankford said he asked multiple lawyers what that phrase means and received widely different answers.

“It is clear what it doesn’t mean. When it says all these different rights being granted that don’t include marriage, it doesn’t include your belief about marriage,” Lankford pointed out. The result is beliefs about marriage can still be the basis for litigation against individuals and entities.

Lankford’s amendment needed only a simple majority but was defeated on a 45–52 vote. No Democrat supported it, while Republican Sens. Portman, Collins, and Murkowski voted against it.

The Lee amendment gained the support of all 12 of the Republican supporters of the proposal but the only Democrat to support it was Sen. Joe Manchin (D-W.Va.). The amendment thus failed 48–49. The Rubio amendment also failed on a 48–49 vote.

Baldwin said the amended proposal is needed to “give the millions of Americans in same-sex and interracial marriages the certainty that they will continue to enjoy the freedoms, rights, and responsibilities afforded to all other marriages.”

“If a nonprofit is engaged in behavior that is ‘contrary to public policy,’ then the IRS has the discretion to strip that organization of its tax-exempt status,” Alliance Defending Freedom (ADF) senior counsel Greg Baylor told The Epoch Times on Nov. 19.

Heritage Foundation vice president for domestic policy Roger Severino was even more blunt in his assessment of the proposal, telling The Epoch Times: “This legislation is nothing more than a way to weaponize the federal government against people of faith, and it offers no additional benefits or protections that same-sex couples don’t already have.

“Instead, this bill encourages radical activists to sue religious schools, colleges, and adoption agencies and will empower Biden’s 87,000 new IRS agents to revoke the tax-exempt status of faith-based nonprofits. Congress should be protecting our First Amendment rights instead of pushing divisive legislation that nobody needs.”

Previous: For first time since the Dark Ages, Christians are a minority in England
Next: Arrested “gender-fluid” Biden official graduated from Kansas State