A British man has found a unique way to commemorate answered prayer and the Christian heritage of England.

The Wall of Answered Prayer is a extremely large monument and piece of public art with one million bricks, each representing an answered prayer. It may be the largest piece of art in the world when completed. 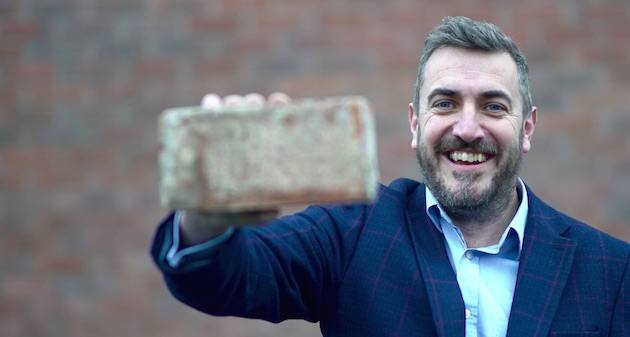 Richard Gamble, creator of the idea of a Wall of Answered Prayer.

“The idea is that it will be a million bricks representing a million answered prayers and that people will hopefully be inspired,” stated the wall’s creator, Richard Gamble in an interview with Premier’s News Hour.

Gamble has had been planning ‘The Wall’ for 15 years after praying to God. Now his own prayer has been answered as construction begins.

A global design competition, spanning three years and run by the Royal Institute of British Architects saw more than 130 architecture firms from 28 countries submit their concepts.

The winning submission was commended for its unique interpretation of the goals and appropriately challenging design, featuring dynamic geometry and a stunning representation of a Mobius strip – (a non-orientable surface which seemingly has no beginning and no end). Its approach of incorporating the visitor centre within this piece of architectural public art also set it apart.

The enormous structure will be situated on a 10-acre site between major highways and near an airport, was donated by the Edmiston family who owned the land.

So large is it that residents and motorists will see it from miles away as well as millions flying in to Birmingham’s international airport.
It will be a message impossible to miss and one, the creator says needs to be seen and understood.
The aim of the project is ‘to preserve and celebrate the United Kingdom’s Christian heritage as well as inspire prayer.

The architectural sculpture will use state of the art technology so that visitors can use their phones to read the answered prayers that each brick relates to. 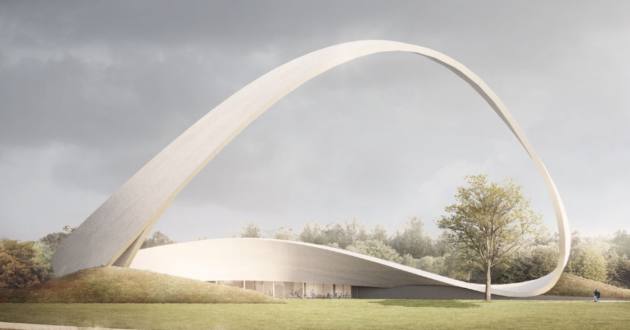 “Instinctively, you think of the big things that Jesus has answered prayer for but Jesus is interested in the little things in life as well,” says Gamble.

“I’m hoping and praying that we will have the whole range of the Christian Church responding to this with a whole range of different answers to prayers.

“This 15 year old vision is now becoming reality. I’m chuffed to bits with the design which handled perfectly the challenge of creating intrigue when being seen from afar, yet provides a truly interactive journey for those who visit,” stated Gamble who continues as CEO of the project. “We want to create an iconic structure the nation will not only be proud of but find inspirational – it will be a landmark of hope.’

He added, ‘The way we have managed to acquire the land is nothing short of miraculous, and it has been an incredible journey of prayer. We are extremely grateful to the Edmistons and thank God for their generosity and thank God for His master plan to put us there.’ 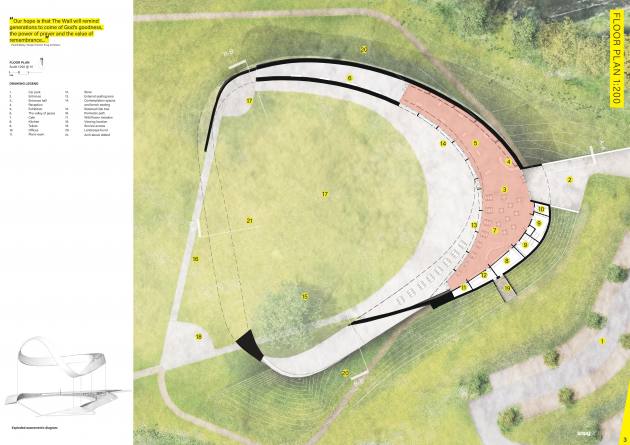 Speaking about his firm’s selection, Paul Bulkeley, Design Director at Snug Architects stated, ‘It is an honour to have been chosen to design and deliver this project of national significance. We are excited by the vision behind this ground-breaking project and are looking forward to working with the team to see it become a reality. At Snug Architects we believe this will be a structure that both inspires and engages visitors for many years to come.’

Based on the experience of the Angel of the North, a famous statue of an angel in Northern England, The Wall team expect to attract between up to 200,000 visitors per year and generate over $400 million in the first 10 years for the local economy.

Steve Maxey, an executive with North Warwickshire County Council stated, ‘We are greatly excited by this project – I strongly believe it will come to be as loved by people locally and nationally as the Angel of the North, and brilliantly compliments our work on improving mental health and wellbeing.’ 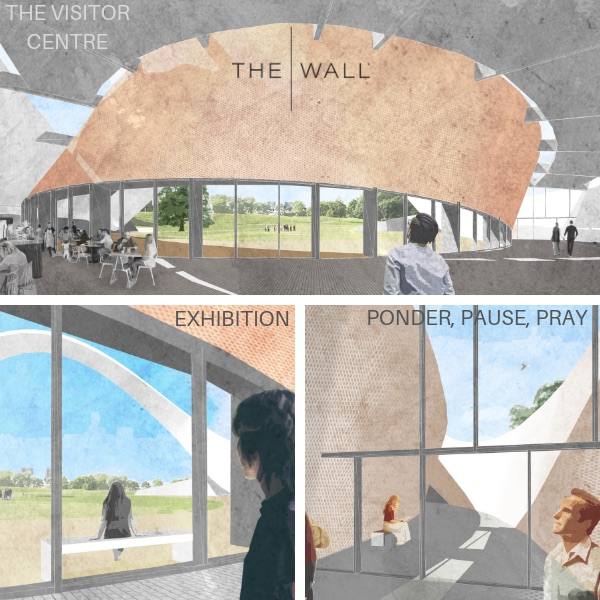 Subject to planning The Wall team intend to complete the project and open it to the public in time for the 2022 Birmingham Commonwealth Games. The games will draw hundreds of thousands from across the former British empire for the competition which is second only to the Olympics in scope.

As pubic statements about personal faith continue to be pushed out of the public square in Britain, Europe and the United states, Gamble says it’s time to stand up.

Gamble wants British citizens to recognize the power of God, as polls indicate fewer and fewer believe. Any size prayer can be acknowledged he added.
“Some might be the massive miraculous things, some might be a little thing that somebody’s maybe lost, prayed about, and found,” stated Gamble.

To pay for the project, Gamble says bricks are the answer.

“I’m going to get Christians from all over the UK to buy a brick and tell us what prayer God has answered for them,” said Gamble, who also serves in international sports chaplaincy.

“The idea is that people driving pass this iconic structure will be able to see that Jesus has answered a million prayers.

“As thousands of people drive past every day, we just want it to be a piece of art that’s going to provoke conversation about prayer.”