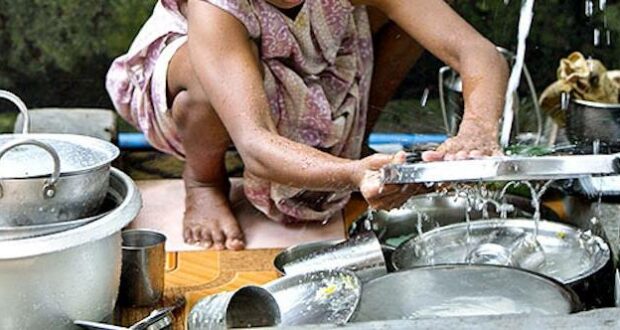 A 13-year-old Christian girl was forced to convert to Islam to allow her to work in the family kitchen of a Muslim doctor in Pakistan.

It is one of many continuing cases involving the persecution of individuals and families who are part of minority religions outside of the country’s predominant Islamic faith.

CLAAS-UK, an interdenominational organization working with Christians who are being persecuted in Pakistan because of their faith, have labeled this case as one of the “most egregious example[s] of modern slavery and religious abuse”.

The girl in question’s father and mother from Muzaffargarh – Munawar Masih, a Christian by faith, and his wife Mehtan Bibi – work with a local landlord, for Rs. 8000/month. 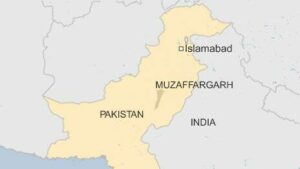 When someone told Masih that a prominent local doctor, was looking to employ two girls to work at his house, he agreed and sent his two older daughters, Neha and Sneha, to work at the home of Dr. Altaf.

Masih was told that as Dr. Altaf’s children were studying in higher education, his wife could not manage alone and they were looking for help around the house.

The girls would be given a live-in job to help around the kitchen for Rs. 10,000/month with Masih’s family given the ability to visit them on occasion to check on their welfare.

Neha and Sneha would go on to work in Dr. Altaf’s household for a further four years. During this time, they started to raise concerns that they were being mistreated by the family – including verbal and even physical assaults.

The girls alleged that they were treated as slaves by the family and rarely allowed to meet their parents. Even despite requesting to leave the household to go back to their family, Dr. Altaf would not allow Neha and Sneha to leave.

When Sneha fell ill and wasn’t of any use to the family, she was eventually sent back to her parents. However, Dr. Altaf’s family was not willing to return Neha.

Masih requested that Dr. Altaf return Neha too, as he was not willing to leave his other daughter behind, but Dr. Altaf told him that Neha had embraced Islam and, therefore, could not live with her old family.

It was a shocking revelation for Masih who refused to accept that this had transpired. Dr. Altaf explained that since his family was Muslim, it was not possible for them to allow any non-Muslim to enter their kitchen and touch their food items and kitchen utensils.

Additionally, Dr. Altaf dropped another bombshell on Masih: he claimed to have mistakenly overpaid Masih by Rp. 275,000 (US$1,750). Masih was told that until this amount was paid off, his daughter would not be allowed to return home.

The family is still waiting on the return of the daughter.