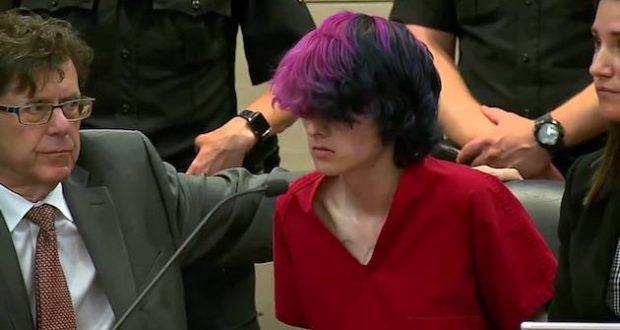 The 18-year-old suspected school shooter in Colorado shared social media posts critical of President Donald Trump and Christians with hate for the Bible thrown in.

According to the New York Post, Devon Erickson’s Facebook page showed no indication that he wanted to gun down his classmates at STEM School Highlands Ranch. It noted that he posted items about the Denver Broncos, paintball, and appearing in community plays.

One day after Election Day in 2016, he shared a video from Seth Myers’ “Late Night” show that criticized Trump.

The Post highlighted other posts that shared his hate of Christianity and the Bible.

The report didn’t highlight any other posts referring to social issues or politics but taken together, they paint a picture of a young man that identified with the Democrat party and leftist principles.

In the shooting, one student was killed and nine others were hurt when he and another underage suspect allegedly opened fire inside a K-12 school on the afternoon of May 7.

The lone fatality, 18-year-old Kendrick Castillo, died while he and two others tried to take down Erickson, CBS News reported.

“He was amazing,” Cecilia Bedard, who knew the victim, told The Associated Press. “He was honestly the sweetest kid I ever met. Never said a mean joke.”

Student Michael Schwartz said Erickson, in the past, had spoken about hurting other people.

“I always thought he was just messing around and stuff, but sometimes he did hint at it here and there,” Schwartz said.

After about two minutes following the shooting, police arrived on the scene.

“We did struggle with the suspects to take them into custody and they are in custody right now,” Douglas County Sheriff Tony Spurlock told CBS.

Fernando Montoya told the outlet that his son was shot three times, but he was released from the hospital.

“All of a sudden a guy pulled I believe a pistol, I’m not sure, out of a guitar case and start to shoot,” Montoya said.

The shooting occurred about eight miles from Columbine High School where 12 students and a teacher died in a mass shooting 20 years ago.