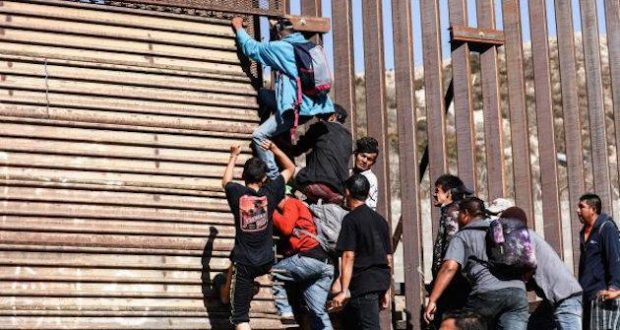 The border is breached as Central Americans clamber over the current border wall. Democrats refuse to include funding for a new and more secured border wall in current budget negotiations.

Democrats and other top lawmakers showed up to meet with President Donald Trump at the White House for a border security briefing on Jan. 2. But when the experts and security officials began to explain their need for further border barriers, Democrat leaders shut the conversation down with constant interruptions.

Once the secretary started, Senate Minority Leader Chuck Schumer (D-N.Y.) constantly interrupted her, McCarthy said. Shumer’s reaction continued to spiral out-of-control, according to others, as even reporters in the room were caught off guard as he rarely exhibits this kind of behavior in view of news cameras.

“They really didn’t want to hear it, and they challenged some of the points the secretary made.”

Schumer’s office avoided questions from the press and didn’t respond to repeated requests for comment on what many said where Schumer’s childish reactions in the meeting.

Democrat leaders have called the wall project ineffective and expensive. But in the past, they supported multiple bills that proposed border barriers similar to what Trump has described as acceptable.

Before the briefing, the President told reporters that U.S. Immigration and Customs Enforcement and border patrol officials would make a plea for a border wall at the meeting, a part of his efforts to convince Democrats to give him funding for the long-promised project.

President Trump has been saying since at least July he’d shut down the government if Congress wouldn’t deliver the wall funding.

Lawmakers managed to pass funding bills for about three-quarters of the government, but when it came to the last one, which included the Department of Homeland Security (DHS) along with border security, Democrats blocked the wall funding in the Senate, where Republicans lacked a sufficient majority.

GOP Senators, against the wishes of the vast majority of Republican voters, eventually kicked the can down the road, passing a Democrat-backed bill to fund the DHS until Feb. 8 without the wall money.

But this option failed in the House, where Republicans passed a bill with some $5 billion for the wall instead, which in turn was refused by Senate Democrats.

As a result, on Dec. 22, about one-quarter of the government ran out of money.

Trump said he’s willing to continue the shutdown until the wall money materializes, calling it “too important a subject to walk away from.”

McCarthy said Trump asked the lawmakers to return for further talks on Jan. 4, after the new Congress leadership is voted in. Then, the lawmakers may be “more willing to come to the agreement,” he said.

The steady influx of people trying to cross the southern border illegally recently intensified. Border Patrol apprehensions were up 26 percent in October and November combined, compared to the previous two months.

Previous: Chris Pratt slammed by TV Guide as ‘problematic’ for his beliefs
Next: Homeless man says firefighters doused him with water in freezing temps 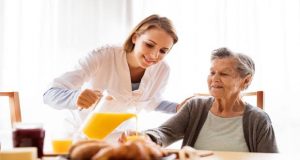 How a career helping others can make you happier