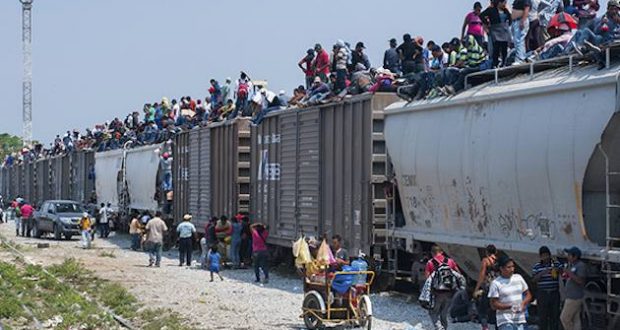 Results of a new Rasmussen poll may leave the media a bit surprised. The extensive poll found a majority of Americans blame illegal immigrant parents for the child crisis on the border over the U.S. government.

The media has put a hyper focus on the separation of families at the border over the last several weeks, leading President Donald Trump to sign an executive order ending the separation. Current U.S. law does not allow families to be detained together if the parents are referred for prosecution for illegal border crossing.

However, the Rasmussen poll shows that Americans don’t blame the Trump administration for the approximately 2,000 children who have been separated from their parents.

54 percent of likely voters polled by Rasmussen said that they think the parents are more to blame for breaking the law.

Further, 54 percent of voting Americans agree with President Trump’s assertion that “The United States will not be a migrant camp. And it will not be a refugee-holding facility — it won’t be.”

When the media first began publishing the story, there was a rush to find images to illustrate the crisis. Newscasters and newspapers like the New York Times were caught using photos of children in cages that were actually taken during the Obama administration which held children in detention at a rate 10-times that of the Trump administration. 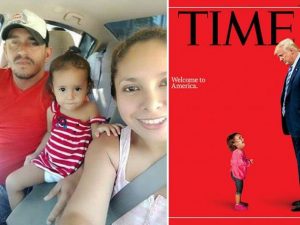 In one famous photo, a young girl is seen crying as her mother is detained by border patrol agents. The photo made it onto the front page of Time magazine this week photoshopped in with an image of a looming President Trump looking down unsympathetically. Media outlets flashed the image across their platforms all week.

Late on Wednesday, the father of the little girl admitted his daughter and wife were never separated but remained together and were released several hours later. With the exception of CBS Morning News on Friday, media outlets have not corrected the gross misrepresentation of the photo.

Still, the images were powerful, if misleading.