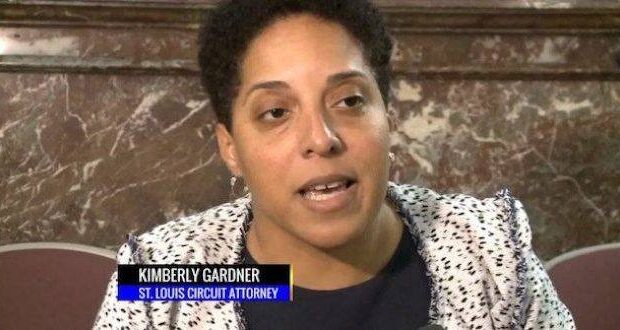 St. Louis prosecutor Kim Gardner continues to be in the spotlight for making controversial decisions including releasing rioters arrested for looting and arson in recent protests. Missouri Attorney General Eric Schmitt responded to news that a search warrant was served and at least one gun confiscated from the St. Louis couple who defended their home last month from an angry mob.

“I know this is being handled by a local prosecutor, not something you’d be involved with, but what is your take on what we’re seeing tonight?” Fox News host Shannon Bream asked Schmitt. “The local warrant there signed off by a judge and being executed by St. Louis police?”

“Under Missouri law, under the Castle Doctrine, the individual has really expansive authority to protect their own lives, their home and their property, and I think the story here to watch is the local prosecutor, Kim Gardner,” Schmitt responded. “Kim Gardner has an abysmal record in prosecuting violent crime, has recently released and been complicit in the release of dozens and dozens of inmates who have been charged with violent crimes, and has a record of making politically motivated decisions not based on the law. So, this is certainly something to watch.”

The private street on which the couple lives is an important factor, he said.

“These individuals were on their way to the mayor’s house, actually, which has been vandalized several times,” Schmitt said. “This was on a private street, and if you listen to the McCloskeys, they felt threatened, that they were going to be attacked and that it was made known to them. They made known to the protesters and the people who came by that this was a private street, and they said they were going to murder them and come into their house, and so, as I said, the Castle Doctrine in Missouri is pretty expansive; it allows you to defend your life, obviously your family’s life, your home, but also your property, and this was on private property.”

He also pointed out the apparent hypocrisy of the prosecutor.

“And I would also point out, Shannon, that this very same day — there’s been calls to change the name of St. Louis, which is ridiculous — and there were peaceful folks praying at the base of that statue who were assaulted, and those folks haven’t been charged with anything, so again, Kim Gardner’s track record is certainly suspect,” Schmitt said.

Previous: Former NFL coach Tony Dungy responds to critics of America and CNN
Next: ‘He loved the Lord’ and his country, say tributes for singer Charlie Daniels