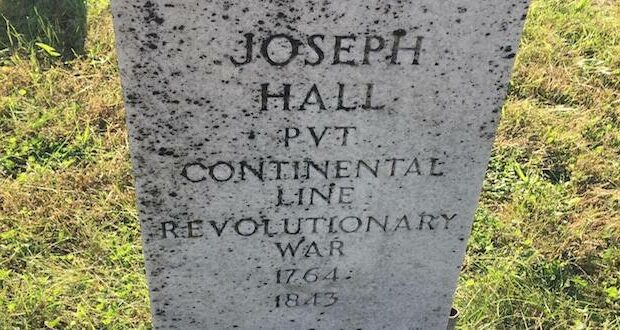 The grave of Joseph Hall in the Baptist Union Cemetery near Pleasant Hill, Mo.

On Independence Day, Americans celebrate the heroes who fought for freedom and independence from England. But there may be history you are not familiar with, and the Revolutionary War heroes who brought it close to home.

According to the history books, the War of Independence was fought between 1775 and 1783 in the original thirteen colonies, as westward expansion was forestalled by the fighting. So how is it that Revolutionary War heroes ended up in Missouri and Kansas? 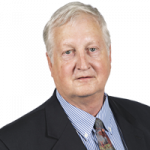 On May 2, 1803, twenty years after the Revolutionary War, a fledgling United States bought the Louisiana Territory from France, and between 1804 and 1806, the Lewis and Clark Expedition charted much of the purchased territory. Of course, we assume they were charting virgin territory void of settlers when they left the colonies, but they weren’t, at least all the way into Missouri. It is also incorrect that western expansion had yet to occur. In fact, it began before the end of the Revolutionary War, even before the Louisiana Purchase and Lewis and Clark.

The real shocker is that one of the Revolutionary War battles was actually fought in Missouri. Known today as the Battle of St Louis or the Battle of San Carlos, it occurred when a former British military commander unsuccessfully led a force of primarily Native Americans against the Spanish settlement of San Carlos – present-day St. Louis. So, some of our Revolutionary War heroes were Native Americans or Spanish? Yes, but most of these have been forgotten in our history. 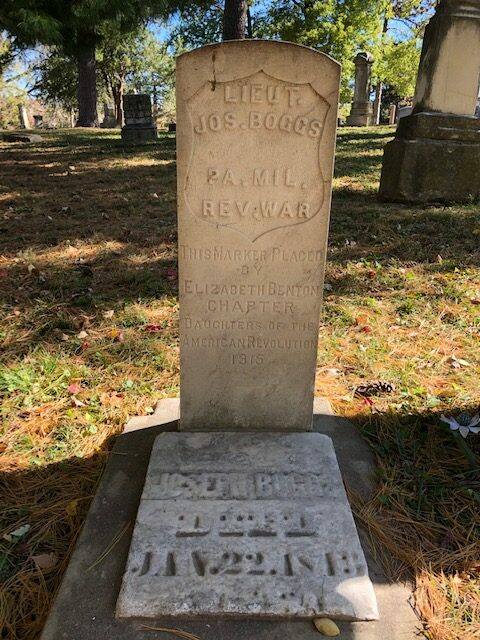 Fighting for our freedom however did not end with the Revolutionary War. It continued with the War of 1812 and lasted until 1815. The young nation once again fought Great Britain to maintain its freedoms, with many of the same heroes, as well as new ones, taking up arms to defend new territories as well as the young nation. Although the Treaty of Ghent, which ended the War of 1812, was signed on December 24, 1814, the Battle of New Orleans, part of the War of 1812, was fought on January 8, 1815, fourteen days after the War had ended. We need to remember these the patriots of this War as well as our Revolutionary War heroes.

There are sections of cemeteries in Missouri dedicated to Revolutionary War heroes. Daniel Boone served as a military officer in the Revolutionary War, fighting in Kentucky against Indians allied to the British, and he is buried in Defiance, Missouri. According to burial registrations In Kansas City, there are close to twenty Revolutionary War heroes buried in our cemeteries. Even the Kansas side of the metro has one in Fairway.  Plus, Fort Leavenworth National Cemetery holds Brigadier General Henry Leavenworth, hero of the War of 1812. 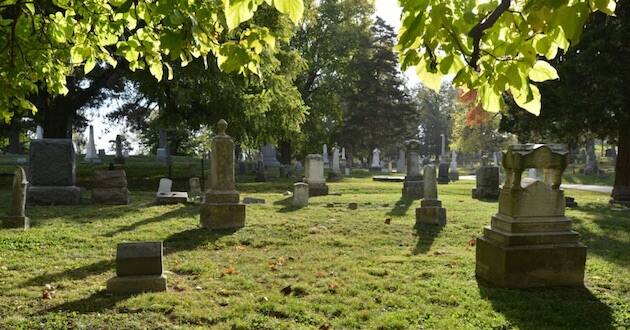 Then there’s Elizabeth Porter. According to the Kansas City Public Library, she was a hero during the war as well. Born in 1750, she was held “a prisoner of the British forces at Fort Niagara.” As a widow with her son (who would become local noted Reverend James Porter), she moved to Jackson County “settl[ing] on the old Porter farm, which surrounded what is now the intersection of 28th Street and Tracy Avenue.” Dying in 1845, she was buried in the family cemetery there.

Just outside Pleasant Hill, Mo. is Union Cemetery which contains a Revolutionary War grave marker. Local residents visit it each year to lay flowers to honor Joseph Hall who served as a private in the Continental Army. He died in 1843. The cemetery is cared for by volunteers.

Most of the past histories of many of our Revolutionary War heroes buried in the Kansas City area are correlated and confirmed by the two organizations: the Sons and Daughters of the American Revolution, and by grave sites that are noted by plaques.

There are likely even more Revolutionary War heroes buried in both states for whom time and the elements have made their markers, or even graves, lost to history.

It is estimated that 217,000 patriots served in the American Revolution, and by the end of the war of 1812, America had 35,000 regulars and 458,000 local militia, all of which deserve our thanks for our independence and freedoms.

Joseph Boggs served in the Pennsyulvania militia during the Revolutionary War.

Download a PDF map of the grave markers HERE.

The Kansas City Public Library. Here you can explore thousands of digitized photos, maps and other materials. KCHistory.org

–Robert White | Metro Voice | Bob is a Certified Financial Planner who lives in the Pleasant Hill area.  A graduate of Pembroke Hill School and the University of Kansas, he majored in Economics and minored in history.  In addition to local, Kansas and Missouri history, he has an interest in its unique aspects–the events missing from the history books and timelines that paint a more complete picture.