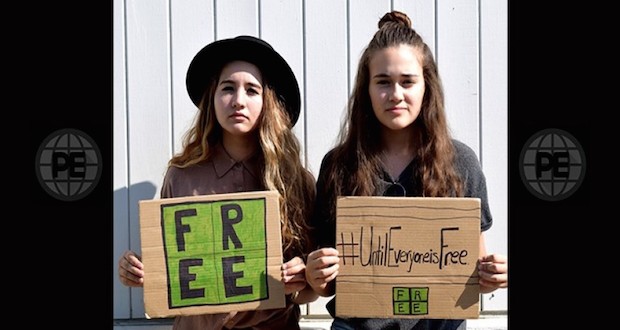 Speed the Light a new weapon in anti-human trafficking effort

Speed the Light, the youth discipleship mechanism that provides funds for missionaries around the world, has partnered with F.R.E.E. International to provide six different vehicle needs including a mobile command center to help eradicate modern-day slavery, according to an article by Nii Abrahams writing for http://penews.org, official news source of the Assemblies of God.

While human trafficking is often thought of as a problem in other countries, F.R.E.E. (Find, Restore, Embrace, Empower) International co-founder and director Mike Bartel says it’s an ever-increasing issue in the United States. Bartel co-founded F.R.E.E. International with his wife Denise.

The PE News article says the mission of the organization is to abolish sex and labor trafficking in the U.S. with innovative collaborations through public and private partnerships. Assemblies of God U.S. Missions has been a strategic ministry partner since 2010, and the ministry is actually operated by a team of 20 AGUSM missionaries such as the Bartels.

PE News explains that F.R.E.E. International is active in many places in which the STL-funded vehicles will be used. Team members go to heavy human trafficking events such as the Super Bowl, working directly with law enforcement, churches, and schools. Those in the ministry assist in search and rescue efforts with local police for abducted children, trafficking victims, and missing persons. They have strong community-driven initiatives that help bridge the gap between churches, outreach events, and local law enforcement.

The PE News article states: “The $100,000 mobile command center will have a powerful impact when placed in service. The command center will allow Speed the Light and U.S. Missions to take the lead, through F.R.E.E. International, in providing access into high-risk communities where missionaries and chaplains are needed.”

“It will serve as the communication and intelligence center for proactive points of service and collaboration in at-risk areas of communities throughout the country,” says Mike Bartel, who is an AG Intercultural Ministries missionary. “Also, it will serve as reactive support for such things as search and rescue operations for abducted children and disaster relief operations.”

“Speed the Light and F.R.E.E. is an exciting partnership because the end goal is the same: lives saved,” says Doug Witherup, North Carolina District Youth Ministries director. “Human trafficking is a key issue of our day and this partnership enables students to respond and to change the world.”

About the writer: Michael Ireland is a Senior Correspondent for the ASSIST News Service, as well as a volunteer Internet Journalist and Ordained Minister who has served with ASSIST Ministries and ASSIST News Service since its beginning in 1989. He has reported for ANS from Jamaica, Mexico, Nicaragua, Israel, Jordan, China, and Russia. Click http://paper.li/Michael_ASSIST/1410485204 to see a daily digest of Michael’s stories for ANS.

Previous: Religious leaders who died in 2015
Next: 2016 Pro-Life Legislation Outlined in Kansas and Missouri