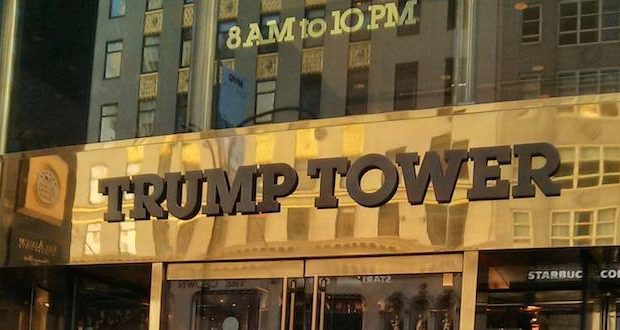 Trump wins court case that alleged he profited from office

A federal appeals court dismissed a case against President Donald Trump on July 10. The dismissal was a huge setback for Democrats who alleged Trump illegally profited personally from his time as President.

Trump has refused to take the $400,000 annual salary for the office of president.

The state of Maryland and the District of Columbia brought a lawsuit against Trump, claiming he violated the emoluments clause of the U.S. Constitution by receiving money from his hotel in Washington.

But the U.S. Court of Appeals for the Fourth Circuit ruled that Maryland and Washington did not have legal standing to bring the claim, which Trump had asserted when he filed a motion to dismiss the complaint. 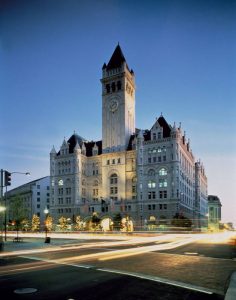 “The District and Maryland contend that the President’s ‘continued ownership interest in a global business empire’ provides him with ‘millions of dollars in payments, benefits, and other valuable consideration from foreign governments and persons acting on their behalf, as well as federal agencies and state governments,’ and that the President is therefore receiving ’emoluments’” that are prohibited by the Clauses,” the appeals court panel wrote in the decision contending he had profited from his position.

In deciding to dismiss the suit, the panel noted that “up until the series of suits recently brought against this President under the Emoluments Clauses, no court has ever entertained a claim to enforce them.”

“The District and Maryland have manifested substantial difficulty articulating how they are harmed by the President’s alleged receipts of emoluments and the nature of the relief that could redress any harm so conceived,” the court added.

“The District and Maryland’s interest in enforcing the Emoluments Clauses is so attenuated and abstract that their prosecution of this case readily provokes the question of whether this action against the President is an appropriate use of the courts, which were created to resolve real cases and controversies between the parties.”

Emoluments Case decision by on Scribd

Even if the court had ruled that the president couldn’t receive money from the hotel, government officials would still patronize the hotel, the panel said.

According to the liberal Center for Responsible Politics, citing Office of Government Ethics documents, Trump’s Washington hotel made $40.8 million in 2018, a roughly $500,000 increase from 2017.  While the hotels profited from business, observers say the increased traffic to the hotel was a result of tight hotel night inventory and it’s unique nature of having been a US Post Office.

“Word just out that I won a big part of the Deep State and Democrat induced Witch Hunt. Unanimous decision in my favor from The United States Court of Appeals For The Fourth Circuit on the ridiculous Emoluments Case,” he wrote.

“I don’t make money, but lose a fortune for the honor of serving and doing a great job as your President (including accepting Zero salary!).”

“Today’s pair of decisions by the 4th Circuit Court of Appeals is a complete victory,” he said in the statement. “The decision states that there was no legal standing to bring this lawsuit in the first place. This latest effort at Presidential harassment has been dismissed with prejudice.”