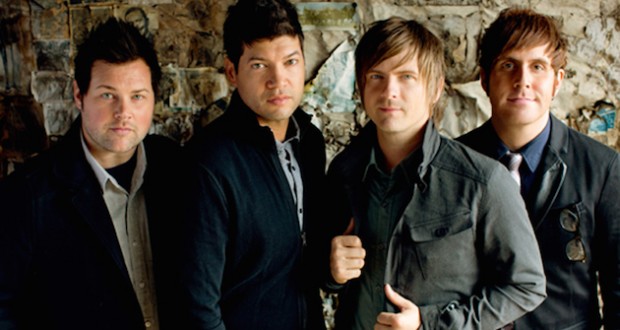 Is it spring yet? With all of the Kansas City concert schedule for spring being announced and coming to a venue near you, I’m starting to wonder…

Compassion International Presents Time of My Life Tour, featuring The Afters, Chris August, and Unspoken, with Special Guest, Among the Thirsty. The show will be presented at Word of Life Church, April 16 at 7:00 p.m, in St. Joseph. The concert is brought to you by Outreach Productions, LLC, and a portion of the proceeds will go to the Cold Weather Shelter for homeless men in St. Joseph. Tickets are available on iTickets.com, and fans get an extra discount if they purchase tickets before April 10.

“Inspired by a series of life-altering events,” Jeremy Camp will be coming to Joplin in April, to promote his I Will Follow Tour. The platinum-selling recording artist will also be joined by Mandisa and special guest Finding Favour. They will be performing at Calvary Joplin

A brand new Hits Deep Tour headlined by TobyMac and featuring Britt Nicole, Building 429, Colton Dixon, Capital Kings, Finding Favour and Hollyn hit the road in February and head west following a few shows in the south. They will be stopping in Kansas City on March 19. The tour is brought to you by KLOVE and Air1 radio in conjunction with Awakening Events and sponsored by Food for the Hungry. For more information and tickets, please visit tobymac.com

Another well-known, although much younger, hard Christian music artist, Lacey Sturm, has released her first solo album since leaving her band Flyleaf. Since leaving the band, Flyleaf released a new album, with a new singer, to disappointing results. But Sturm’s new release, co-written with her husband, Joshua, has gotten some very high praise. Following a stint working with Billy Graham and releasing a memoir, The Reason, Lacey has returned to her hard rock roots with a collection of songs focused on God’s great creation, as well as the miracle of life. If you are a fan of hard rock or interested in hearing some louder tunes with a hard Christian message, check out Lacey’s newest offering.

Winter Jam has been plowing through the Kansas City area for a number of years, now, and I’ve finally decided to go with my family this year; that is, until a student I work with mentioned – over and over, again – how early we would need to get there to get good seats. Not to mention it landed on a Sunday evening, and I would need to get up at 5am to go to work the next morning. Oh, well, maybe next year?
Not to worry, dear readers. At least, not if you can wait until April. Capturing “the life transforming ministry of Winter Jam, as you’ve never seen it before,” THIS IS WINTER JAM is the film presenting live performances from seminal artists including Skillet, for KING & COUNTRY, Francesca Battistelli, Family Force 5, Blanca, Veridia and many more. It will also offer backstage access, including interviews from Winter Jam past and present artists. THIS IS WINTER JAM also premieres for KING & COUNTRY’s brand-new music video “Priceless,” as well as exclusive scenes from their upcoming theatrical film.
THIS IS WINTER JAM will only be shown in theaters on Tuesday, April 19th at 7:00 pm. In the Kansas City area, fans can see the film at Cinemark 20 and XD in Merriam.
In Lawrence, it will be shown at Regal Southwind Stadium 12. This would be a great time for those who have gotten to see Winter Jam live, but especially for fans who haven’t been able to make the concert. Tickets are available, currently, online.
Elisabeth Hasselbeck and Matthew West were announced as the hosts of 2016 K-LOVE Fan Awards. Shown live from the Grand Ole Opry House in Nashville, Tenn on June 5. With a weekly listenership of over 14 million people, K-LOVE is the leading Christian music radio station. The awards are fan-voted Christian music awards in the industry. Fans can vote at KLOVEFanAwards.com to select their favorite artists, and their votes formulate the official nominees.
There are seven categories, including Artist of the Year, Male Artist of the Year, Female Artist of the Year and more. Fans are invited to place their votes now.
“To all my K-LOVE friends: get ready to praise and party with us because #GodIsGood!” said Hasselbeck recently.
“I’m so excited to be hosting this year’s awards along with Elisabeth,” West also shared, “this event has become such a wonderful celebration of how God uses Christian music to impact culture through K-LOVE’s airwaves every single day, and I’m honored to be part of what is sure to be an unforgettable night.”
Pop artist, songwriter and producer Matt Price released his sophomore EP, Dream, Feb. 10. Dream has been available for pre-order at iTunes where fans were able to receive an instant download of new track “Fortress” with each purchase prior to release. Price celebrated his new EP, on the evening of release, with a live broadcast via his Periscope channel (mlpmusic) where he performed acoustic versions of new music, answered questions from fans and gave away copies of the album.
“The ideas and themes that you hear on Dream were born out of the many triumphs, as well as the deepest struggles of my life over the past couple of years,” Price shared. For more information on tours, releases, and what Matt Price has been up to, please visit www.mattpriceonline.com.
Singer/songwriter John Tibbs has released his long-awaited Dead Man Walking, the highly anticipated FairTrade Services full-length debut. Released February 5th, this follows the critically acclaimed Dead Man Walking EP, and was produced by Ben Shive (Rend Collective, Colony House). “Abraham,” a song inspired by God’s faithfulness to the Israelites in Exodus; and “Everything I Need,” which holds deep personal relation for Tibbs reflecting on his struggle with a lifelong speech impairment.
“The song says, ‘Though my weakness ties my tongue, I sing of every good You’ve done.’ It is exhausting to try to hide something. Culture says you have to be perfect and have all the answers, but that isn’t a healthy attitude.”
For more information, please visit johntibbsmusic.com, fairtradeservices.com or turningpointpr.com.

Tagged with: kansas city concerts the afters time of our life tour 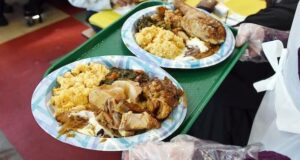