Home / News / A day in the life of a border agent: drugs to diapers 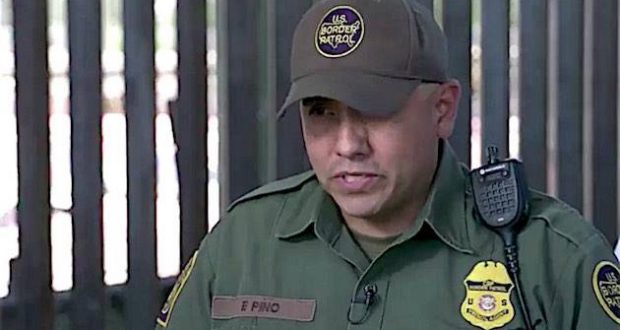 A day in the life of a border agent: drugs to diapers

The typical border agent is overwhelmed. Faced with historic migration at the US-Mexico border, the Trump administration is moving to block the flow. It started by introducing the Remain in Mexico policy late last year to force many asylum seekers to wait in Mexico for their US court dates.

Critics will find it difficult to bash on legal grounds–the new Trump effort follows established procedures set forth by the United Nations and followed by countries around the world but ignored by previous American presidents. Refugees must stop in the

Just this week, the administration introduced a new asylum rule aimed at barring migrants who pass through another country on their way to the US from seeking asylum in this country.

Both policies face legal challenges, but for the time being, they could potentially help to reduce the wave of migrants that have confounded Border Patrol. Even Vice President Mike Pence called the conditions “tough stuff” after visiting a station in McAllen, TX and an Inspector General report released in June described dangerously overcrowded conditions.

For much of 2019, agents at the southern border have apprehended 1,000 or so people a day. By the end of June, El Paso Border Patrol reported that the number of families it had apprehended in FY2019 was up by 1,759% compared to the same time period in FY2018.

Special operations supervisor Ramiro Cordero told CBN News that it’s been difficult for agents to keep up with the influx. “This has been chaotic since around October in El Paso,” he said. “El Paso has never seen this type of numbers in a decade.”

A steady stream of parents and children arrived during our day with Border Patrol. Many of them were close to tears as they surrendered and told stories of extreme violence, poverty, and violence in their home countries.

One mother told of fleeing after refusing to bribe police for protection in her city. A father told of his children’s malnourishment because he and his wife couldn’t make enough in their rural area to feed them.

This surge of desperate families has transformed the work of Border Patrol agents. Their mission now is more humanitarian than ever.

Agent Frank Pino says that many children and their parents arrive sick with the flu, scabies, measles and other diseases.

Agents described conditions that have simply overwhelmed them. “We do work a 10 hour day,” said Pino. “That’s our normal shift but sometimes towards the end of your shift you might encounter a large group of 300 people and you’re by yourself so you have to stay out there.”

Pino showed  one spot between ports of entry where the wall ends. In recent months, he said, it has become a dropoff spot where buses would unload large groups of migrants.

“Hundreds of people would be unloaded. They would simply walk across and gather here and wait for the agents to make their apprehensions,” he said.

The problem with these large groups say agents, is that they literally take Border Patrol away from the border.

“We know that these cartels are watching us,” said Pino. “We know that they’re exploiting us. It’s a very well-coordinated effort. They’ll send in these large groups, knowing that it’s going to take away our resources.”

It’s not unusual for traffickers to encourage those who want to sneak across and not get caught to do so in broad daylight.

In the middle of the afternoon, agents discovered a group of four men trying to climb over an 18-foot border fence with a rope ladder.  A paramedic joined them as they watched the men quickly climb back to the Mexico side. It was an anxious wait for all, with the prospect of major injuries if the men fell on the concrete surface below the fence.

“If one of them would have fell down off that 18-foot fence more than likely it would have been broken ankles, broken bones, broken legs, skull fractures – which we have seen,” said Pino.

It’s no secret that, nationwide, Border Patrol is having a tough time filling job vacancies.

For now, the president’s Remain in Mexico policy and new asylum rule is giving agents somewhat of a break. Still, legal challenges could reverse both these policies and Mexican cartels will no doubt find new ways to move people and drugs, should they remain in place.

It’s big business, says Cordero, and the cartels have reaped huge profits over the years by controlling border towns and the flow of migration.

“They don’t just come to the border on their own,” says Cordero. “Everybody has to be processed by a smuggler. You don’t just cross the river without paying somebody.”

Those financial stakes combined with the court obstacles mean Border Patrol agents could likely end up right where they’ve been – caught in a huge wave of immigration that has no easy fixes.

Previous: How God showed up in America’s Moon mission
Next: Free family event, Adventures in Wonderland, to be held at KC Renaissance Festival grounds