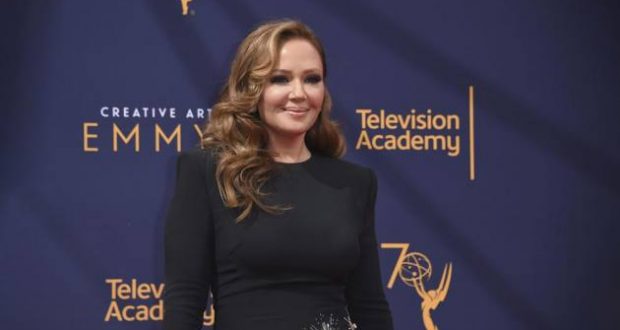 Actress Leah Remini has not been able to escape the critical eye of the Church of Scientology, even five years after leaving.

Remini, now hosting the third season of her Emmy-winning A&E show “Leah Remini: Scientology and the Aftermath,” claims private investigators from the church continue to stalk her.

“It’s just insanity,” Remini, 48, told the New York Post of the retaliation. “They have [private eyes] following our cameramen and our editors. They’re not used to that kind of thing, especially from a place calling itself a church.”

The harassment has also cost Remini some jobs, she said.

“I’ve been told by my agent and manager that people don’t want to pay me to sponsor or endorse something because they’re scared of Scientology retribution,” she said in the interview.

Remini likened the Church of Scientology to a cult, rather than a religion, but said she’s avoided moving on from her former life entirely so she can tell the stories of the survivors accurately.

“Most people, when they leave a cult, start their life and start the healing process,” she said. “…Most people throw away their Scientology books. But we’ve kept them for the purpose of keeping it accurate, and we’re still kind of in that space.”

Remini delved into anti-Scientology activism immediately after leaving the church in 2013, but it’s been “emotionally draining,” she said.

While the first two seasons of her series focused on the effects of the church’s method of disconnection and the wide range of abuse within the church, they decided to hone in on the exorbitant amount of money being funneled into Scientology due to its tax-exempt status.

“Churches have tax-exempt status because you’re supposed to be helping and servicing the public,” Remini told The Post.

In a trailer for the third season, she said, “Let’s follow the money in hopes that it’s gonna take away this organization’s ability to hurt people.”

The third season also dedicated one episode to Jehovah’s Witnesses, at the request of viewers, earlier this month.

People have also started reaching out to the showrunners to look into the Mormon religion, Remini said.

Previous: Sussie, one pound at birth, goes home for Christmas
Next: 3 things to do this weekend to get your Christmas on!