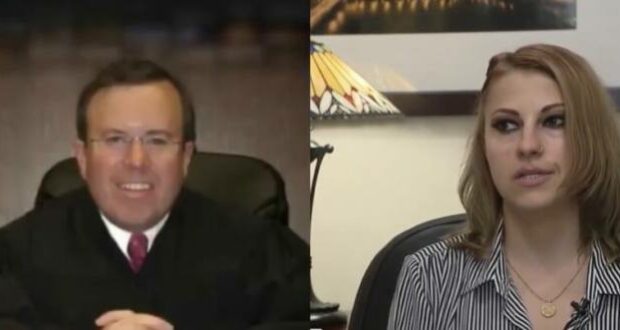 After preventing it, judge allows unvaccinated mom to see her son

An Illinois judge on Monday reversed his earlier controversial decision to ban an unvaccinated mom from seeing her 11-year-old son.

Cook County Judge James Shapiro had granted custody of the boy to Rebecca Firlit’s ex-husband Matthew Duiven, who has been vaccinated against COVID-19.

According to The Chicago Sun-Times, Firlit and her former husband have been divorced for seven years, and they previously shared custody. Monday’s ruling revoked an Aug. 10 order that by the same judge who forbid the 39-year-old mother from seeing her son, the news outlet reported.

“This court hereby VACATES paragraph 3 of its August 11, 2021 order based on the absence of a pleading or hearing on serious endangerment,” Shapiro’s order said.

The case gained national attention after Shaprio, a Democrat, earlier this month asked Firlit during an online hearing whether she was inoculated. After learning that she was unvaccinated, the judge said she would not be allowed to see her son until she receives the vaccine.

“I was confused because it was just supposed to be about expenses and child support,” the mother told the Sun-Times. “I asked him what it had to do with the hearing, and he said, ‘I am the judge, and I make the decisions for your case.’”

Firlit previously told the news outlet that she was advised by her doctor not to take the COVID-19 vaccine due to prior adverse reactions. It wasn’t clear whether these issues were made known to the judge.

After Monday’s reversal, the mother told the Sun-Times that she is “extremely happy.”

“I’m extremely happy, I’m going to see my son right now,” she said. “I know that they are going to say that I’m an endangerment to my son. This isn’t over for me.”

“In this case you have a judge, without any matter before him regarding the parenting time with the child deciding ‘Oh, you’re not vaccinated. You don’t get to see your child until you are vaccinated.’ That kind of exceeds his jurisdiction,” Fernholz said.

Her ex-husband’s lawyer, Jeffrey Leving, called Monday’s reversal “unfortunate” and a mistake, adding that he was working on an emergency motion to “fight it.”

“My client is definitely planning on fighting the court’s decision because it’s important the mother be vaccinated,” added Leving, NBC Chicago reported.

Shapiro’s actions prompted hundreds of calls for him to resign.