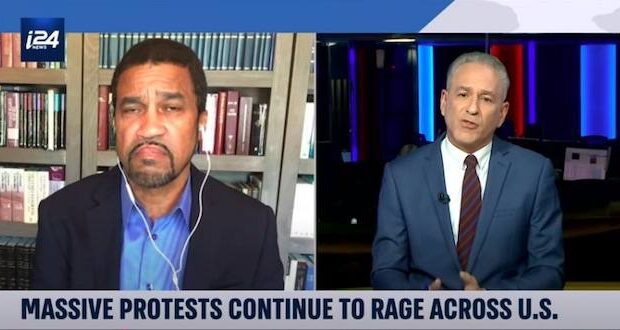 Pastor Darrell Scott, CEO of the National Diversity Coalition for Trump, told an Israeli television network that people have selective hearing when it comes to President Donald Trump’s tweets about the George Floyd killing.

In a video interview with i24News that is going viral as an alternative to the narrative being portrayed by American news organizations, Scott spoke to Israeli’s who hold Trump in high esteem.

READ: Brother of George Floyd calls for end to rioting

“The president has tweeted several times and it seems people want to ignore the past tweets,” Scott stated.”He’s been tweeting a lot of positive tweets but it seems they want to extract one part.”

Previous: Brother of George Floyd calls for end to rioting
Next: How coronavirus has amplified the evolution of technology in business