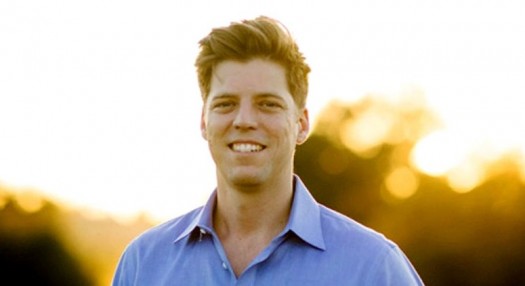 named lead pastor and CEO of Shepherd’sÂ Grove church (www.shepherdsgrove.org) and host of the renamed and reformatted “Hour of Power with Bobby Schuller” television program (www.hourofpower.org), which will launch Oct. 5.

Â Shepherd’s Grove is the new name of Schuller’s church and congregation, which moved to a new location after selling the iconic Crystal Cathedral building and campus to the Roman Catholic Diocese of Orange County.

A trailer for the new “Hour of Power with Bobby Schuller” may be viewed atÂ www.hourofpower.org.

The ministry, founded by Schuller’s grandfather, began as Garden Grove Community Church at the Orange Drive-in TheatreÂ in 1955, soon adding a 300-seat chapel four miles away. It later expanded to the larger campus. As the ministry grew, in 1970 the “Hour of Power” television program launched and aired in all 50 states by 1975. The program eventually became the most-watched religious program in the world, reaching 17 million viewers. The Crystal Cathedral was completed in 1980.

The ministry, which grew and thrived for many decades, was affected in time by an aging viewership and competing Christian programming. Carrying a $60-million debt, the organization filed for bankruptcy in 2010. Except for one pending case, all parties were paid in full, and the ministry is now debt-free.

“When I came to the remaining Crystal Cathedral congregation in March of 2012, my goal was just to help the ministry as things were winding down to a close,” said Schuller. “Then more people started attending, and the church grew. It soon became clear that God had other things in mind for the ministry, and that he wanted me to pastor the church.”

“I am confident Bobby is the right man in the right place, and he is called and chosen for this ministry,” said Doug Mazza, president and COO of Joni and Friends, and former top executive at Hyundai and Suzuki.

Schuller graduated from Oral Roberts University in 2003 and received his Master’s of Divinity degree from Fuller Theological Seminary in 2008. He founded the Tree of Life Community in Garden Grove, Calif., in 2008 and is a commissioned pastor of the Reformed Church in America.

Schuller is also president of the St. Patrick Project (www.bobbbyschuller.com),Â a social services outreach in Orange. He is author of the book “Imagine Happiness” and has appeared regularly on television shows, such as Canada’s “100 Huntley Street” and TLC’s “The Messengers.”

Shepherd’s Grove remains a Reformed Church in America congregation. The church utilizes a Presbyterian style of governance, which was put in place to maintain transparency and public trust during its bankruptcy. Tree of Life Community also is governed by a board elected by the congregation.

While Schuller retains the positive attitude and approach to leadership and the commitment to reaching people with the gospel adopted by his grandfather, he will incorporate the Bible more in his ministry. He said he and his grandfather are similar in the way that they reach non-Christians and the unchurched.

“I want the â€˜Hour of Power’ to capture the minds of non-religious people,” Schuller said. “It will be shot in a new style, have gripping content, and have an eye toward growth of individuals in their understanding of, and relationship with, Christ. My goal is to provide spiritual principles and practices that can help people live a life of meaning.”

“Hour of Power with Bobby Schuller” can be seen in the U.S. on TBN, The Church Channel, Oxygen and local ION Television in Tampa/St. Petersburg, Phoenix, Grand Rapids and Los Angeles.

In addition, through TBN International, the program is viewed on all seven continents, including the Middle East and Antarctica.A half-hour version airs in 177 countries and on all military ships at sea on American Forces Network. The full hour is available at all timesÂ atÂ www.hourofpower.org.

Schuller resides in Orange, Calif., with his wife Hannah and their two children.

Additional information on the “Hour of Power with Bobby Schuller” is available atÂ www.hourofpower.org.