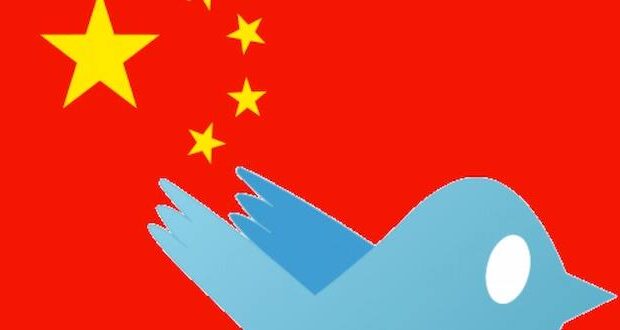 Communist China continues to use Twitter and other social media to spread conspiracy theories amid its aggressive disinformation and propaganda campaign about its responsibility for the deadly coronavirus.

The Chinese regime is attempting to deflect a rising tide of worldwide criticism for its coverup of COVID-19 by suggesting the virus was secretly developed by the U.S. Army. Chinese agencies have increased their use of Twitter as a medium to spread propaganda, analysts say.

All this comes as most American media outlets continue to defend China and its handling of the crisis though there are some exceptions like the Washington Post. The Post last week ran a story questioning the official Chinese death toll which the regime still asserts stands at less than 4,000. Chinese whistleblowers and data from phone usage are leading many to believe it could be in the millions.

READ: Phone use in China could prove much higher death toll

In the space of just the last quarter of 2019, the Chinese regime went from having 33 official Twitter accounts to having more than 100, says Bethany Allen-Ebrahimian, an investigative journalist who covers China’s propaganda machine, among other issues.

The impetus for this surge—on a social media platform with which the Chinese regime did not initially feel “confident,” no less—was the challenge presented by the ongoing protests in Hong Kong, Allen-Ebrahimian said during an April 2 online event sponsored by the Victims of Communism Memorial Foundation in Washington. Hong Kong saw massive pro-democracy demonstrations for most of the last half of 2019.

She said there is a profound irony in Chinese government’s adoption of Twitter, as the regime bans the app for use by anyone physically present within the borders of mainland China. Exceptions, it seems, are made for Chinese officials who can be trusted to tweet politically correct, CCP-approved messages, and who are presumably not in danger of being corrupted or swayed by the “foreign forces” who may tweet them back.

Allen-Ebrahimian noted that China made a departure from its typical propaganda paradigm when, in the summer of 2019, it waged a Russian-style disinformation campaign that used social media to target Hong Kong citizens and protesters who were successfully bringing the former British colony to a standstill.

Russian disinformation campaigns, Allen-Ebrahimian pointed out, typically are designed to “destabilize the information environment, and to create confusion and chaos in target countries.” Russian methods include propagating “multiple conflicting theories” and building third-party “conspiracy websites” to promote theories that the state wants to amplify in the public domain, she said.

Ultimately, Twitter suspended up to thousands of accounts believed to be tied to and coordinated by a Chinese regime-backed disinformation campaign directed from within China. Facebook also took down accounts it found suspicious for the same reason.

In the past three months, the Chinese regime has been using Twitter with more nuance and precise messaging than in its clumsier attempts during the Hong Kong crisis, Allen-Ebrahimian said.

A Timeline of Virus Propaganda

The Center for Security Policy (CSP) in Washington has been documenting the disinformation and propaganda methods used by the Chinese regime at the municipal, provincial, and national levels since the first hint that a SARS-type coronavirus was detected in Wuhan.

It noted that between Jan. 20 and Feb. 10, a study by the U.S. State Department’s Global Engagement Center found a “massive wave” of 2 million tweets promoting conspiracy theories and disinformation on the virus. Some blame the United States for manufacturing the virus; some are coordinated, which suggests the tweets are part of a planned campaign.

By the week of March 2, according to a report in the French newspaper La Croix, the CCP took an extraordinary step. According to a confidential report cited by the newspaper, the CCP issued an edict to its overseas diplomats stating, “It is imperative that all Chinese ambassadors abroad spread the following message from their Twitter account, or in foreign media,” and that the diplomats must say that “the real origin” of the virus “remains unknown.”

The diplomats were instructed to say, “We are trying to find out exactly where it comes from.”

The motivation? “Everything that links China to the virus must be questioned and disappear from all history books,” the edict said.

Chinese embassies abroad also were told to begin calling the virus by the name of each host country. Therefore, the Chinese Embassy in Tokyo should refer to the “Japanese virus,” the embassy in Rome should use “Italian virus,” and so on.

Allen-Ebrahimian noted that on March 9, China’s Ministry of Foreign Affairs tweeted that “China’s endeavor to combat the epidemic has bought time for international preparedness.”

Not content to just cast the regime as the savior rather than the villain of the pandemic, by March 12, a senior Chinese official decided to suggest who the actual villain was. Writing on Twitter, Zhao Lijian, a spokesman for the Chinese Foreign Ministry, suggested in a now-infamous tweet that the U.S. Army “brought the epidemic to Wuhan.”

Allen-Ebrahimian commented that Zhao “doubled down on that, and others picked it up.”

“It was shocking to me,” she said. “That was the first time I had heard a [Chinese] official spewing anti-foreign conspiracy theories” that relate to public health.

“Leaders in Beijing are deploying a strategy not seen in any significant way since the Cold War,” she said, referring to the 1950s-era accusation that China made alleging that the United States used biological weapons during the Korean War. Papers from a reputable Chinese source who refuted the charge were published in China only in 2013.

Allen-Ebrahimian said the change in the Chinese regime’s strategy “shows how deeply concerned they are about their role and how they are perceived, and their coverup that this deadly, once-in-a-century epidemic came from China.”