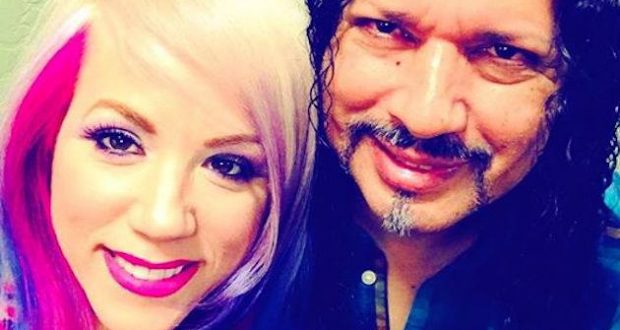 Annie Lobert, wife of famed Christian musician Oz Fox, is asking for continued prayer. Her husband collapsed on stage during a show over the weekend.

“Major emergency prayer request! If you are up please agree with me in prayer for miracle healing for my husband. Oz Fox Hospital emergency! We will have more updates soon. We love you all & appreciate your concerned hearts,” Lobert wrote in a Facebook post.

Fox, the lead guitarist of the band Stryper, was performing in Las Vegas when he suddenly suffered a seizure on stage.

“After performing an MRI, doctors discovered an area of concern near his brain on which they will perform a biopsy. The doctors have instructed him not to drive or fly for 90 days. No additional information is available at this time. We appreciate your thoughts and prayers and we will communicate additional information as it becomes available,” the band said in an official statement.

Despite the troubling news, Lobert assured fans “We trust God more than anything.”

Stryper is an American Christian rock band that began in the late 80s. It is the first overtly Christian metal band to go mainstream. The band’s name comes from Isaiah 53:5, which states “But he was wounded for our transgressions, he was bruised for our iniquities: the chastisement of our peace was upon him; and with his stripes we are healed.”

Their albums include To Hell with the Devil, Second Coming, No More Hell to Pay, and Fallen.

Lobert married Fox in 2009 after overcoming drug addiction and a life of prostitution in Las Vegas. In 2005 she began the organization “Hookers for Jesus” which helps sex workers find a way out of the industry and into a meaningful relationship with Christ.