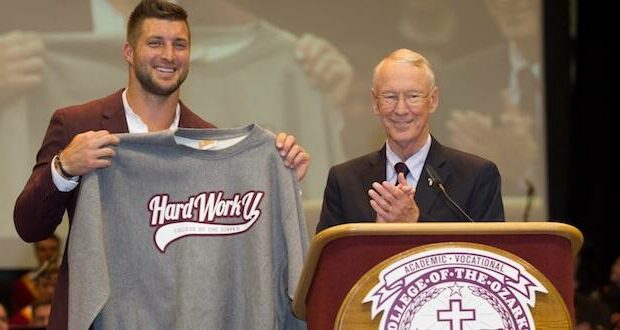 College of the Ozarks in the Branson area is suing the Biden administration for requiring Christian schools to open their dormitories and showers based on gender identity.

The school filed a lawsuit in response to a February order from the Department of Housing and Urban Development that forces any entities that receive federal dollars covered by the Fair Housing Act to place transgender-identified biological males into female dormitories and assign them as females’ roommates.

The lawsuit argues that the rule forces religious schools to violate their beliefs and states that the order was issued “without notice or the opportunity for public comment.” The lawsuit contends that the policy was issued without considering alternative policies that “respect the interests of private religious colleges.”

Representing the school is the legal nonprofit Alliance Defending Freedom, which argues that the directive violates both women’s sex-based rights and the school’s religious liberties.

“The government cannot and should not force schools to open girls’ dorms to males based on its politically motivated and inappropriate redefinition of ‘sex,’” ADF senior counsel Julie Marie Blake said in a statement. “Women shouldn’t be forced to share private spaces — including showers and dorm rooms — with males, and religious schools shouldn’t be punished simply because of their beliefs about marriage and biological sex. Government overreach by the Biden administration continues to victimize women, girls and people of faith by gutting their legal protections, and it must be stopped.”

College of the Ozarks President Jerry C. Davis believes the Biden administration’s action constitutes a violation of the most basic freedoms outlined in the founding documents of the United States.

“Religious freedom is under attack in America, and we won’t stand on the sidelines and watch,” he said. “To threaten religious freedom is to threaten America itself. College of the Ozarks will not allow politicians to erode this essential American right or the ideals that shaped America’s founding.”

The school is taking donations to help finance the suit.